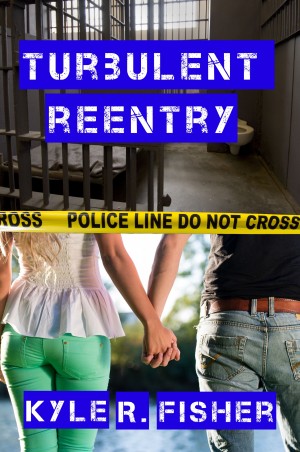 Wade met Elisabeth his first year of college. She was older and out of his league and he fell hard for her. He thought they were in love… so why did she send him to prison for rape after they dated for six months? He's out now and working for Scene Cleaners removing the gory parts after the police have gone home. Then the unthinkable happens - the next murder scene he has to clean is at her house. More
Instead of college exams and dorm parties, twenty-two year old Wade Evans spent the last four years at Dayton Correctional on a rape charge. Her name was Elisabeth and they dated for six months before her testimony clinched his conviction. Wade couldn’t honestly tell them it didn’t happen but would the jury have believed it was her idea? She was beautiful and experienced and taught him so much. Four years later, he still can’t figure out why she lied to the jury.

Now he’s out and working at Scene Cleaners where he cleans crime scenes after the police are through with them. Wade’s new life outside the prison walls is challenging. His partner, Scraper, who found his life’s calling in this work, seems to have nothing but disdain for him but the attractive redhead who handles the front desk keeps flirting with him. Does she know he’s considered a sex offender? Does she care?

In spite of the risk, Wade can’t keep himself from driving by Elisabeth’s palatial home, a definite violation of his Reentry Program. All he wants is one glance to see how the last four years have treated her – to see how her new lawyer husband is treating her. Then the unthinkable happens - the next murder scene he has to clean is at her house.

Kyle R. Fisher’s writing tends to fall slightly outside the typical genres. Instead of super cool spies saving the day, the hero is a computer nerd, or the standard gender roles are reversed and the older woman takes advantage of the younger man. His books are populated with unusual but realistic characters, quirky humor, and unexpected twists. Sign up for the author’s mailing list at www.krfisher.com for giveaways and notices of upcoming releases.

Kyle is an engineer and independent author living in Ohio. He is a project engineer for an injection molding company that manufactures large components for the heavy truck industry. His wife works in a candy factory. He has two daughters: the older graduated from Ohio University in Athens and works in Cleveland and the younger graduated from the Ohio State University in Columbus. She is now attending grad school in Colorado.

An avid reader his whole life, Kyle's interest in writing didn't ignite until after his second trip through college. In 2010, his manuscript Turbulent Reentry won the San Diego Mensa 2010 Creative uRGe award for Best Unpublished Novel. He has just completed his third book, Transplant Unlimited, and is feverishly working on number four.

You have subscribed to alerts for Kyle R. Fisher.

You have been added to Kyle R. Fisher's favorite list.

You can also sign-up to receive email notifications whenever Kyle R. Fisher releases a new book.