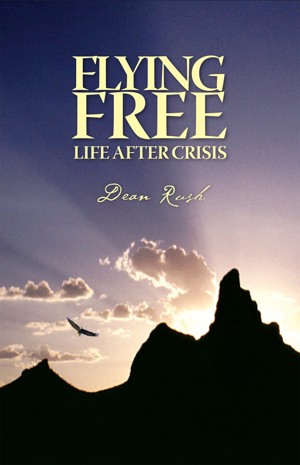 • Never give up! Challenges can bring great rewards!
• Faith and family are two things that money can’t buy.
• Problem solving doesn’t have to be difficult.
• In the midst of a storm…use faith.
• Change is your reward, NOT your punishment.
• Great opportunities can come from life’s problems.
• A forced change may put you exactly where you should have been all along.
• Worry is a waste of life time.

Join Dean on a journey toward the rewards of faith, love and recovery.

Dean Rush was raised on a farm in Indiana, learned to fly at an early age and followed that path throughout most of his life. He served an eleven-year stint as a pilot in the Air Force and in Vietnam in special forces operations. In combat he earned a Silver Star, the Distinguished Flying Cross, and ten Air Medals for valor. After leaving the Air Force, Dean co-founded Emerald Airlines, a small cargo/passenger airline, has owned a number of small businesses, and served as president of a general aviation subsidiary of AMR Corporation. He was president of Signature Aircraft Sales and Fairchild Dornier Aircraft Company. He also served on an advisory committee for Piper, the NBAA, as a director of the General Aviation Manufacturers Association, National Aircraft Resale Association, and other trade organizations. Following 9/11, Dean served on the Aviation Security Task Force.

Dean holds a B.A. from DePauw University, master’s degrees in public and business administration from Golden Gate University, and a MAR from Liberty Seminary. He currently serves as Executive Pastor at Community Bible Church in San Antonio, Texas. Dean speaks throughout the United States on the need for ethical standards in business and life. He and his wife Vickie have two children and four grandchildren.

You have subscribed to alerts for Dean Rush.

You have been added to Dean Rush's favorite list.

You can also sign-up to receive email notifications whenever Dean Rush releases a new book.