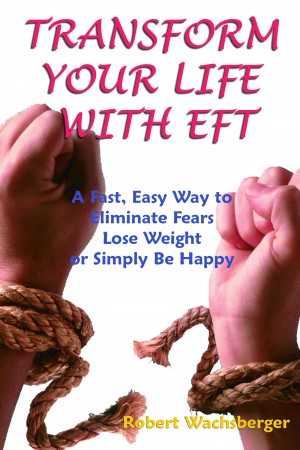 Transform Your Life With EFT, A Fast, Easy Way to Eliminate Fears, Lose Weight or Simply Be Happy

Robert Wachsberger is a writer, photographer and energy worker currently living in Ohio. A childhood obsession with Fate Magazine led him to developing a lifelong interest in the occult, metaphysics, alternative medicine, fringe science and the paranormal. He has been a reiki master since 1992. He was introduced to tapping literally by accident. After an automobile collision, he went to a chiropractor to get his back fixed. The doctor also did a variation of tapping for alleviating allergies. (NAET) After that, he discovered other similar energy healing methods. Robert has been trained and educated by leaders in the energy psychology movement including Gary Craig, Dr. Larry Nims, Grant McFetridge and Sandi Radomski.
He can be reached at eftworks@yahoo.com

Reviews of Transform Your Life With EFT, A Fast, Easy Way to Eliminate Fears, Lose Weight or Simply Be Happy by Robert Wachsberger

You have subscribed to alerts for Robert Wachsberger.

You have been added to Robert Wachsberger's favorite list.

You can also sign-up to receive email notifications whenever Robert Wachsberger releases a new book.