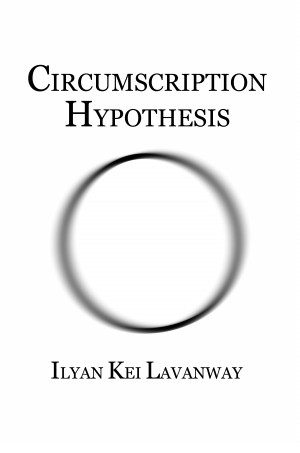 By Ilyan Kei Lavanway
In the quest for a grand unifying equation, a theory of everything, must two camps work together as one? If we are to find a quantifiable answer expressed in the mathematical language, we must acknowledge what so many are quick to dismiss. There must be a Grand Unifier that holds the keys. Intelligence must play a role. Consider the ramifications of light and intelligence being synonymous. More
Discover the connection between intelligence and light and the theory of everything. Quantum physics and relativity seem contradictory rather than mutually supportive. Why? What is missing? What bridges the chasm of inexplicability and satisfies the demands of both schools of thought? Is there one equation that accounts for everything? Is there one whole within which all things can be explained?

In the quest for a grand unifying equation, a theory of everything, must two camps work together as one? If we are to find a quantifiable answer that can be expressed in the mathematical language, perhaps we must acknowledge what so many are quick to dismiss. There must be a Grand Unifier that holds the keys. Intelligence must play a role in this mystery. Consider the ramifications of light and intelligence being synonymous.

Consider the mortal model. Compared to the infinite span of eternity, each person's mortal life is an infinitesimally brief quantum. However, as we all know, each individual's mortal life is experienced and can be examined as an intelligent spatiotemporal expanse composed of years, months, days, hours, seconds, and ever smaller constituent increments of thoughts, experiences, choices, and consequences. A composite of that which acts intelligently and that which is acted upon by intelligence.

There are types and shadows of these facts available for discovery in the universe all around us, on scales ranging from the unfathomably immense to the imperceptibly small. And it is by the small and simple things that the greatest things come to be.
Available ebook formats: epub mobi pdf rtf lrf pdb txt html
First 30% Sample: epub mobi (Kindle) lrf more Online Reader
pdb
Price: $3.99
Free! USD
Buy with coupon Use the code MD83A at checkout to get this book for free
(Offer good through Dec. 30, 2023 )
Have a better coupon?
Add to cart, then apply your coupon
Add to Library Give as a Gift (using coupon)
Have a better coupon?
Add to cart for gifting, then apply your coupon
How gifting works
Create Widget
Tags: philosophy theology metaphysics creation cosmology relativity religion and science theory of everything physics quantum theories physics and god
About Ilyan Kei Lavanway

Ilyan Kei Lavanway is a proliferate yet undiscovered and unheralded Christian author. He served as a full-time missionary for two years in Argentina for The Church of Jesus Christ of Latter-day Saints, 1986-1988. Since 2005, he has written and published over two dozen books of various lengths, ranging from a few pages to almost five-hundred pages. His education includes a Bachelor of Arts degree in Mathematics from the University of Washington, Seattle, and a Master of Science degree in Space Studies from the University of North Dakota, Grand Forks.

Mr. Lavanway is married and has an autistic son who has Down's syndrome. Mr. Lavanway grew up in Wenatchee and Waterville, Washington State. He is the oldest of nine siblings, seven of whom are living. He spent his high school summers driving wheat trucks and combines during harvest, earning cash to support his first love, the love of flight. He was an avid private pilot in his teens.

Ironically, for all his love of aviation, Mr. Lavanway's fourteen years in the United States Air Force never landed him a flight crew assignment. Nope. He was kicking it subterranean school in a capsule beneath the North Dakota plains as an ICBM launch officer for his first four years of service, followed by a year of really uninteresting work in a vault, on base. His next two years took him up near the Canadian border, to the giant, phased array space surveillance and early warning radar site outside Cavalier, North Dakota.

Then, he was off to California. Academic assignments filled the final seven years of his military service. By the time he was medically retired from active duty, he had discovered his passion for writing.

Since life has thrown him a few curves that make it impractical for him to return to flying airplanes any time soon, he has poured his heart into the written word.

Mr. Lavanway feels he has a God-given gift and responsibility to express eternal principles that will point sincere readers to the scriptures, to the living apostles, to the restored gospel of Jesus Christ, and ultimately to a personal relationship with God the Father, and with God's Only Begotten Son Jesus Christ, and with the Holy Ghost.