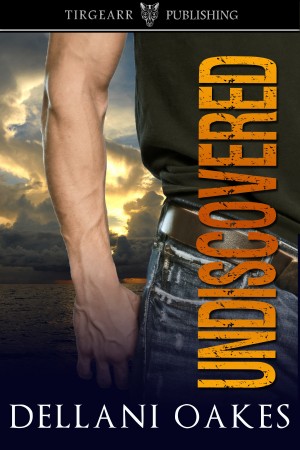 When an unpopular movie executive is attacked and his brother shot at, detectives Walter Scott and Vanessa Weinstein are called in on the case. Scott hadn't counted on the eyewitness, Cadence Stuart, being so pretty and personable. Cadence is afraid that the killer may come after her next. It's up to Scott to protect her. Unfortunately, the killer's identity and whereabouts are Undiscovered. More
Kent Griswald is a high powered movie executive known for his micro-managing and aggressive supervision of a movie from beginning to end. He's not well liked professionally or personally, so when someone puts a knife in his chest, no one is terribly surprised. However, someone also took pot shots at his younger brother, Connor, who has no enemies.

Dellani is a happily married mother of four—three boys and a girl. She also has two beautiful, golden haired granddaughters. She lives in the sunny, hot climes of Florida's east coast, not far from World Famous Daytona Beach.

Dellani published her 15th novel in August of 2019, and has more raring to go. She once bragged to her publisher that she had enough books to put out 4 books a year for the next 10 years, but it's now the next 30. She just has to get her rear in gear and do it!

Dellani hosts two shows a month on Blog Talk Radio – Dellani's Tea Time and What's Write for Me, which air on the Books and Entertainment Network. Look for Dellani's shows the second Monday of the month and the fourth Wednesday. Both shows air at 4:00 PM Eastern time.

Reviews of Undiscovered by Dellani Oakes

You have subscribed to alerts for Dellani Oakes.

You have been added to Dellani Oakes's favorite list.

You can also sign-up to receive email notifications whenever Dellani Oakes releases a new book.