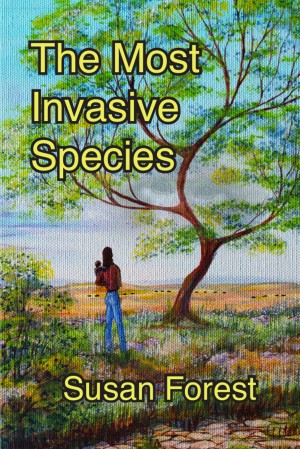 The Most Invasive Species

By Susan Forest
When a new doctor arrives on the backwater planet, Amanda is excited to see another human face. But while out inoculating aliens against human germs, the doctor is witness to a murder that will change everything. More
The arrival of a new doctor is welcome on a backwater agricultural planet, especially for Amanda, the local translator, who'd enjoy having another professional woman in their quiet settlement. But when Amanda takes Karen to inoculate the local alien population against human-borne bugs, the murder of a young alien mother and Karen's subsequent apprehension of the woman's children releases a cascade of repercussions: moral, legal, and lethal. The consequences force Amanda to face her personal contribution to genocide and planetary destruction.

First published in Analog Science Fiction and Fact, this intelligent, thought-provoking, 10,000 word novelette gives no easy answers to the problem of man's heedless expansion across --and destruction of--every landscape he encounters.

Three-time Prix Aurora Award finalist, Susan Forest is a writer of science fiction, fantasy and horror, and a fiction editor for Edge Press. Her stories have appeared in Asimov’s Science Fiction, Analog Science Fiction and Fact, Beneath Ceaseless Skies, Tesseracts, AE Science Fiction Review, OnSPEC Magazine, and The Urban Green Man, among others. Her collection of short fiction, Immunity to Strange Tales, was published by Five Rivers Chapmanry Press. Susan acted as judge for the Endeavour Award, and the Robin Herrington Memorial Short Story Contest, and she contributes to Calgary’s annual literary festival, When Words Collide. Susan is also Secretary for the Science Fiction and Fantasy Writers of America (SFWA). She teaches creative writing at the Alexandra Centre, and has appeared at numerous local and international writing conventions.

You have subscribed to alerts for Susan Forest.

You have been added to Susan Forest's favorite list.

You can also sign-up to receive email notifications whenever Susan Forest releases a new book.