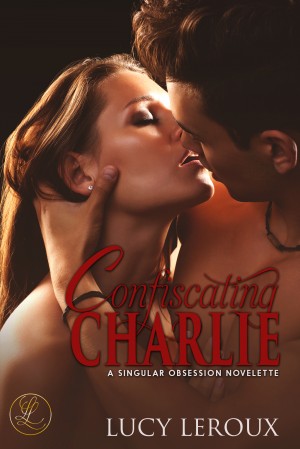 Lucy Leroux chose love.
Lucy Leroux is the pseudonym for a former scientist who moved to France for a one-year research contract. Six months later she was living with a handsome Frenchman and six years later is happily married to him…and still in France.
When her last employment contract ended Lucy turned to writing. Frustrated by the lack of quality romance erotica she enjoyed reading she set out to create her own. Her stories feature heroines who are smart, brave, and resourceful. She enjoys writing men who are thoughtful and slightly obsessive alpha males.
Her ‘A Singular Obsession’ series is a combination of romance erotica and suspense that feature intertwining characters in their own stand-alone novels. Three are completed and additional four books are planned. Follow her on twitter @lucythenovelist or www.facebook.com/lucythenovelist
Sign up to get release day news and free reads! http://www.authorlucyleroux.com/newsletter/

You have subscribed to alerts for Lucy Leroux.

You have been added to Lucy Leroux's favorite list.

You can also sign-up to receive email notifications whenever Lucy Leroux releases a new book.