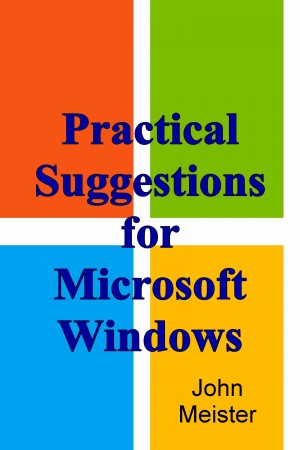 This book contains settings and practices proven over the years. If you should have to reinstall Windows, or migrate to a newer version, the tips provided will make it less painful and even allow you to dual boot to Linux.

The suggestions presented were developed through the author's experiences with Microsoft since the 1980's and computers since the 1970's. The solutions were learned in unique and complex settings, but apply universally. The author did not seek quick fixes to problems, but rather analyzed the root causes and determined a solution using available resources and settings.

There are limited options available to most corporate or home users. Many opportunities to solve problems were presented to the author in the support of complex engineering design systems and software development environments on a variety of operating systems and with advanced applications. Many of these large applications placed extreme loads on computers and pushed them to the limits. The problems encountered would highlight underlying configuration issues and if adjusted generally improved performance. In addition, the author has taught operating systems, computer science and electronics since the late '70's and works daily with Microsoft and Linux systems, solving problems for a lab supporting over 800 users. In the last few years the changes to Microsoft's security model revealed the importance of the NTUSER.dat which will be discussed in detail in Chapter Two.
Available ebook formats: epub mobi pdf lrf pdb txt html
First 50% Sample: epub mobi (Kindle) lrf more Online Reader
pdb
You set the price! USD
Buy Add to Library Give as a Gift
How gifting works
Create Widget
Tags: performance windows windows 7 windows xp microsoft windows windows configuration windows how to windows 7 setup windows 8 windows 10
About John E. Meister, Jr

John Meister is a retired technical specialist and instructor, a Jack of all Trades, master of some. 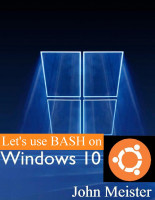 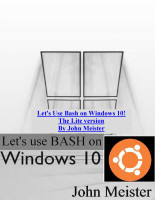 You have subscribed to alerts for John E. Meister, Jr.

Would you like to favorite John E. Meister, Jr?

You have been added to John E. Meister, Jr's favorite list.