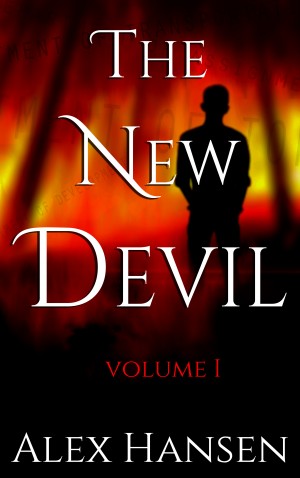 Rated 4.00/5 based on 3 reviews
After being murdered, young Jason Giles arrives in Hell and is tricked into taking over the devil's job. With the help of his predecessor's aide, he begins to learn the ropes of ruling Hell in order to defend himself from many mutinous demons and to keep the denizens of the underworld from escaping into the realm of the living.
Download: epub mobi (Kindle) pdf more Online Reader
rtf lrf pdb txt
Price: Free! USD
Add to Library
Create Widget
Tags: murder death hell devil demons afterlife intrigue dark humor torture absurdism
About Alex Hansen

Alex Hansen is a part-time writer from Pennsylvania who specializes in interpretive rewrites of elementary school science textbooks.

But he has written about demons, dystopias and drive-thrus, so maybe nothing is off-limits.

About the Series: The New Devil

After being murdered, young Jason Giles arrives in Hell and is tricked into taking over the devil's job. With the help of his predecessor's aide, he begins to learn the ropes of ruling Hell in order to defend himself from many mutinous demons and to keep the denizens of the underworld from escaping into the realm of the living.

Also in Series: The New Devil 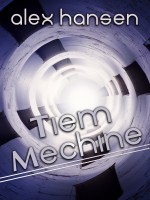 Reviews of The New Devil by Alex Hansen

I picked this up to kill a little time. I was quickly hooked. Fresh and funny.

After being brutally murdered by classmates, Jason finds himself in Hell’s waiting room. Literally. This story follows him as he is unceremoniously promoted to Devil and subsequently strives to keep the demonic legions in line, aided by his comedian advisor/sidekick Gus.

But keeping the demons in order is a lot harder than it sounds when it seems that all of them are vying for your job. Imagine a world where demons mostly seem to work in office buildings, assigned to various departments, such as the Department of Transportation, or the Department of Torture. Add the fact that demons are now using technology such as computers and cell phones. And, for good measure, throw in newly-bestowed magical powers. Oh, and apparently demons shun clothing. This is Jason’s life now.

At 52 pages, the story is a quick read; but it’s equally fast-paced and full of action. I don’t know how the passage of time works in this Hell, but all of the events seem to occur on the same day. This works for the story, considering the length, but there is very little downtime in the narrative.

Overall, I did enjoy the book. It is well-written and is not littered with spelling and grammatical errors. It was short, but it was humorous; Gus the comedian was my favorite character. It contained violence, but not gratuitously. There were sexual references, but the main character is a 17 year old boy.


I would recommend this book to persons age 17 or older who enjoy reading fantasy, paranormal, or sacrilegious fiction. This book is NOT for younger persons or for persons who are devoutly religious. While the book does take an overall light tone, there are terse descriptions of brutal murder, references to rape, violence, torture, and the use of strong language.


I would have rated higher if the story was longer (1 star), and if there was more character development (1 star). That said, I am looking forwards to reading Volume 2.

I like Alex's brand of humor. From the disclaimer right up till the last word this book kept me smiling, if not laughing out loud. If you are looking for a fun read, you won't have to look any further than Hell.

You have subscribed to alerts for Alex Hansen.

You have been added to Alex Hansen's favorite list.

You can also sign-up to receive email notifications whenever Alex Hansen releases a new book.