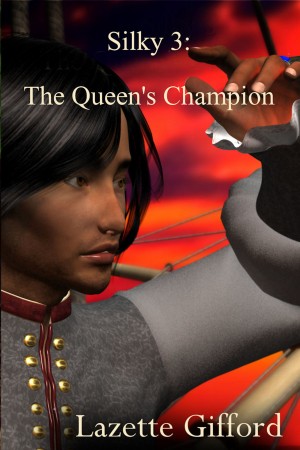 By Lazette Gifford
Rated 4.50/5 based on 2 reviews
In the final book of the Silky trilogy, Silky must face all his worst fears -- and a few new ones. With Anthica under siege, Silky, Magellan and Queen Maris take a perilous sea voyage to find allies they hope will help win the embattled country from the Jainta and their dark magic. During the journey Silky will battle his personal demons and new enemies . . . and find a lost piece of his soul.
Available ebook formats: epub mobi pdf rtf lrf pdb txt html
First 20% Sample: epub mobi (Kindle) lrf more Online Reader
pdb
Price: $2.99 USD
Buy Add to Library Give as a Gift
How gifting works
Create Widget
Tags: magic tales from another place
About Lazette Gifford

About the Series: Books Written during NaNoWriMo

I have taken part in NaNoWriMo for many years writing fast first drafts and then spending time afterwards editing. Here are a few of the novels I've written. I hope you enjoy them! 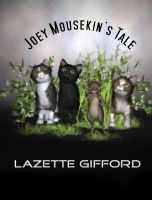 Reviews of Silky 3: The Queen's Champion by Lazette Gifford

If you are here without reading the first or second book, please stop! You won't enjoy the reading and the story won't make sense!
I truly hope the author will continue. There is so much more! Jami, of course!!! And, really, does anyone believe Amity went quietly into exile? Silky was just finally getting a sense of himself and regaining his full health (I think) so he deserves a book of wakefulness. I want to meet the children, too!

This review is for the trilogy, not this single book.
In the beginning Silkation is a slave ill treated by his petty master. Then he saves the life of a Lord of the Land and from here on his social position acends until he becomes a Lord in his own right. So said it seems quite staightforward. It's not exactly so...
Silky, as his friends like to call him ( I don't like very much this name, it sounds to me like a brothel nickname or something like that...), is traumatized and ever-jumpy, constantly nervous. This could sometimes grate on your nerves but I have to say I found it quite refreshing: in fantasy books I didn't often meet male main characters like him. I liked him instantly and considered him cute, although I must say his new friend's behaviour in front of his problems verged on the comical: they reminded me of a bunch of people trying to pet a stranger's cat. And Silky actually behaved like the cat! (well, he didn't scratch or anything...).
This said, you can't not like Silkation: he is quiet, loyal, extremely intelligent yet humble, brave and, regretfully, a chronical victim! I don't remember how many attempts on his life were done during the three books! He was constantly ill or injured, and fainted quite a lot of times...It happened so often I ended up expecting it...
I loved the character of Lord Jordan: his change of heart was very well described without actually spending too much time on him; it was a side-plot all made of looks and few words.
Amity was really hateful, I wanted to kill her myself and I was annoyed it took so long to punish her when what she was doing was so blatant.
All in all this was a good trilogy. Not in my top ten of fantasy books, but good. :)

PS: Sorry if there are some errors but this is not my language :)

You have subscribed to Smashwords Alerts new release notifications for Lazette Gifford.