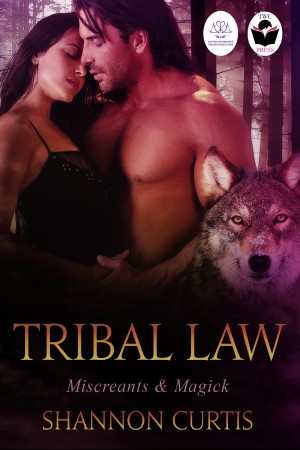 Half-blood vampire Vassiliki Verity has inherited a secret gift from her human side of the family—a truthseeking ability that enables her to tell when someone is lying to her. Not so good on the dating scene, but very effective in dealing with criminals. Her latest client, though, is an interesting mix of honesty and secrecy, and while she knows he’s lying, her conscience won’t allow her to throw him to the wolves. But how can she trust a man who can seduce her with his lies?
Available ebook formats: epub mobi pdf rtf lrf pdb txt html
First 10% Sample: epub mobi (Kindle) lrf more Online Reader
pdb
Price: $3.99 USD
Buy Add to Library Give as a Gift
How gifting works
Create Widget
Tags: romance vampires paranormal romance fantasy magic sexy witches werewolves miscreants

You have subscribed to Smashwords Alerts new release notifications for Shannon Curtis.

You have been added to Shannon Curtis's favorite list.

You can also sign-up to receive email notifications whenever Shannon Curtis releases a new book.