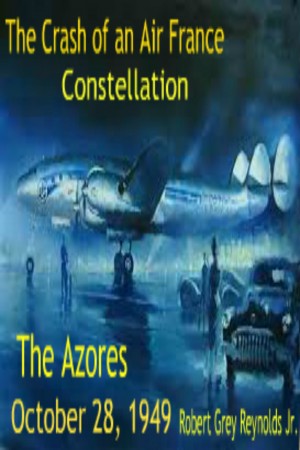 The Crash Of An Air France Constellation The Azores October 28, 1949

By Robert Grey Reynolds, Jr
Marcel Cerdan died on his way to the United States where he was to train for a middleweight championship fight against Jake LaMotta, who won the title from Cerdan in Detroit in a previous bout. Ginette Neveu, a renowned violinist, was traveling to the U.S. for her third concert tour. She was accompanied by her brother, J.P., who played the piano. The plane crash produced a number of lawsuits. More
A plane crash in the Portuguese Azores in October 1949 was devastating to the worlds of boxing and concert music. The tragedy took the life of Marcel Cerdan, a former middleweight champion and the most talented and revered French athlete of the post World War II era. Ginette Neveu, a violin virtuoso and former teen prodigy also died on the Lockheed L-749 Constellation. My e-book discusses the causes of the event in which the plane crashed against a mountain peak while it was enveloped in cloud covering. The business sector also suffered from the plane crash as a number of important executives died aboard, including one who was an important member of the Walt Disney advertising organization.