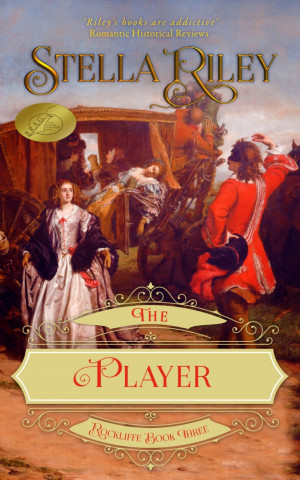 By Stella Riley
Rated 5.00/5 based on 1 reviews
Tragedy drove him into unwilling exile. Death demands his equally reluctant return.
In the decade between, he has answered to many names and amassed a variety of secrets.
Now the secrets must be carefully guarded and the name, at long last, his own. More
It is time for the actor known to Paris as L'Inconnu to resume his real identity and become Francis Adrian Sinclair Devereux, Earl of Sarre ... a man he no longer knows how to be and whose name, thanks to the malice of a friend turned enemy, remains tarnished by an old scandal.
Revenge, so long avoided, slithers temptingly from the shadows.
Grand-daughter of a wealthy wool-merchant, Caroline Maitland is not finding her Society debut either easy or enjoyable ... but to Marcus Sheringham she is the perfect solution to his crushing mountain of debt.
Knowing she will be married for her money, Caroline never believed she would find love; but neither did she bargain for a certain charming French highwayman ... and a surprising turn of events.
The stage is set, the cast assembled and the Duke of Rockliffe waits for the curtain to rise.
In the wings, Lord Sarre prepares to make his entrance.
He doesn't expect to be greeted with applause.

All 6 books of the Rockliffe series (recommended in The Times newspaper!) are also available in audio, narrated by Alex Wyndham - as is the first in the new Brandon Brothers trilogy, A Trick of Fate

About the Series: Rockliffe

Set in London during the 1770's, characters and lives intertwine throughout the series.

Outstanding. I loved it.
The Player by Stella Riley is the third book in her Rockliffe Series and as with The Parfit Knight and The Mésalliance; this is another wonderful piece of writing.
Beginning in 1776, with one of the best Prologues I have read for a long time, you are immediately drawn into the world of Francis Adrian Sinclair Devereux, Earl of Sarre as he once more lives through his recurring nightmare of an accident 10 years previously that resulted in the death of the women he loved and was soon to marry. This created a scandal, which is the backbone to this absorbing story and resulted in his 10 years of exile.
In those 10 years Sarre becomes an accomplished actor in Paris known as L’Inconnu but on his return he must resume his real identity and become a man he no longer knows how to be and whose name, thanks to the malice of a friend turned enemy, remains tarnished by the scandal.
Wary of how he will be greeted once back in polite society, Sarre has to be very selective of the company he seeks and is fortunate that his old friend, Nicholas Wynstanton, is the brother of the Duke of Rockliffe. Thus allies are made and enemies formed.
Sarre meets the Grand-daughter of a wealthy wool-merchant, Caroline Maitland, who is not finding her Society debut either easy or comfortable. But knowing she has a financial legacy awaiting her when she is married, Caroline recognises that she is likely to be wed but never to find true love until one night when she meets a charming French highwayman and her life is turned upside down.
The scene is now set for the truth to be heard of that fateful night 10 years ago however revenge, so long avoided, is always there.
As with all Ms Riley’s books, the relationships formed throughout are beautifully written. Her strength of dialogue brings her characters alive. Her narrative is real and so utterly believable that it's as if you are in the room eavesdropping on conversations.
I will not expand on the rest of the story but can guarantee some laughs, especially with Caroline Maitland’s Mama and her cakes! Also, many poignant moments such as when Sarre goes back to where he was brought up and meets those people who knew the truth of that fateful day long ago but were in no position to help. Really moving.
I think this is an outstanding book. Exciting, sad, funny and utterly compelling.
I strongly recommend those who haven’t read it to do so as soon as you are able.
Well done once again Ms Riley another triumph. I loved it.