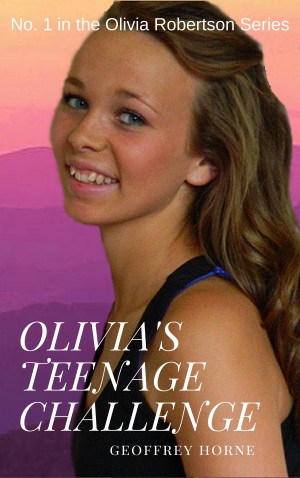 By Geoffrey Horne
The story of a thirteen-year-old girl living in Canberra, Australia and how she responded to the challenge her father had given her on her first teenage birthday. More
Olivia is just turning thirteen, the oldest child in a family of four children living in Canberra, Australia.. At her birthday party her father issues her with a challenge. The story follows Olivia through her first year as a teenager and how she responds to that challenge. We read about her adventures, disasters, struggles and successes at school, with her family and with her friends. Coping with her eleven-year-old brother is one of her struggles, and the reader will be amused by the pranks he plagues her with and how she responds. The book is aimed at girls aged 9 to 13 and deals with many of the issues faced by girls growing up in Christian families.
Download: epub mobi (Kindle) pdf more Online Reader
rtf lrf pdb
Price: Free! USD
Add to Library
Create Widget
Tags: family humour teenage daughter teenage action adventure
About Geoffrey Horne

Geoffrey Horne is retired and lives with his wife in Canberra, Australia. He began his working life as an aeronautical engineer, but later responded to God's call to work for Scripture Union, at first in Tanzania, East Africa and later in Canberra. He is an active member of his local church.

You have subscribed to alerts for Geoffrey Horne.

You have been added to Geoffrey Horne's favorite list.

You can also sign-up to receive email notifications whenever Geoffrey Horne releases a new book.