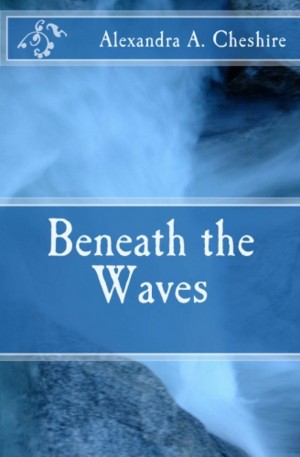 Alexandra. A. 'Lexa' Cheshire lives in northern British Columbia, Canada. She is a mother who enjoys to read and write fantasy and science fiction.

Learn more about Alexandra A. Cheshire

About the Series: Pamu Colony

Following the residents of the human colony world of Pamu/Lamu as they attempt to live alongside the native races.

Reviews of Beneath the Waves by Alexandra A. Cheshire

Beneath The Waves
Three generations ago, starships deposited human colonists on a planet. Unfortunately the planet was already occupied by aquatic beings who did not take kindly to the construction of a floating city. These beings changed the planet’s weather patterns resulting in a waterworld with one last small human village. Meredith is 14 years old and often day dreams about what could be living beneath the waves. She is the only person who can hear a haunting melody and this means that she is the only being that can right the wrongs done to the world. Together with the help of various aquatic species, Meredith will strive to re-balance the world.
Enjoyable fantasy tale.

To rescue a hero
A bitter sweet short story that is a sequel to Beneath The Waves. Meredith mysteriously disappeared and was never found despite diligent searches by her companions. Generations later, many of the races of the re-balanced world no longer respect the need for unity amongst all species. The time has come for the greatest hero to be found.

You have subscribed to Smashwords Alerts new release notifications for Alexandra A. Cheshire.

You have been added to Alexandra A. Cheshire's favorite list.

You can also sign-up to receive email notifications whenever Alexandra A. Cheshire releases a new book.