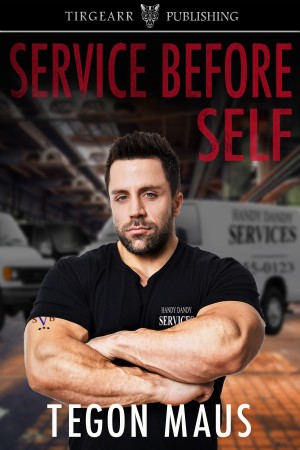 Things don’t go well for Toby on the first day when he is teamed up with Ryan Burnell, a twenty year veteran of Handy Dandy. Toby quickly learns the hardships of being Ryan’s partner, and finds himself in one uncomfortable situation after another.

In an effort to understand his new partner, Toby accidently uncovers Ryan’s past involvement with drugs, burglary, and murder. He also learns about Ryan’s last partner of five years—Delsin Honaw—who had been murdered…stabbed twenty-seven times.

Haunted by one misunderstanding after another, Toby learns the true meaning of the company’s motto—“Service before Self.”
Available ebook formats: epub mobi pdf rtf lrf pdb txt html
First 20% Sample: epub mobi (Kindle) lrf more Online Reader
pdb
Price: $3.99
$1.99 USD
Buy with coupon Use the code SSW50 at checkout for 50% off during our site-wide promotion!
(Offer good through July 31, 2021 )
Have a better coupon?
Add to cart, then apply your coupon
Add to Library Give as a Gift (using coupon)
Have a better coupon?
Add to cart for gifting, then apply your coupon
How gifting works
Create Widget
Tags: thriller crime crime drama suspense contemporary fiction contemporary thriller secret services cleaners
About Tegon Maus

Reviews of Service Before Self by Tegon Maus