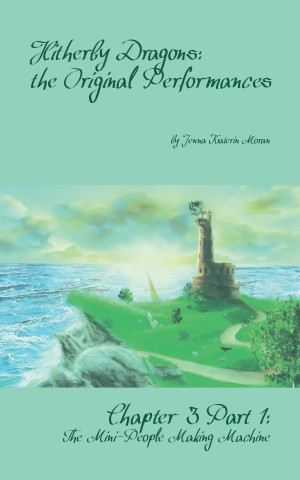 By The Gibbelins' Tower Company
A story about the emptiness, in its raw and original form. More
The third book of Hitherby Dragons began its broadcast in April 2005.

There’s questions that are hard to answer.

There’s things that are hard to explain.

So Jane goes to the edge of the world, where Santa Ynez touches on the chaos. She walks across the bridge to the abandoned tower of the gibbelins. Finding that its machinery is in recoverable order, she assembles a theater company of gods and humans to answer suffering.

Also they put on shows.

You have subscribed to alerts for The Gibbelins&#039; Tower Company.

Would you like to favorite The Gibbelins&#039; Tower Company?

You have been added to The Gibbelins&#039; Tower Company's favorite list.

You can also sign-up to receive email notifications whenever The Gibbelins&#039; Tower Company releases a new book.