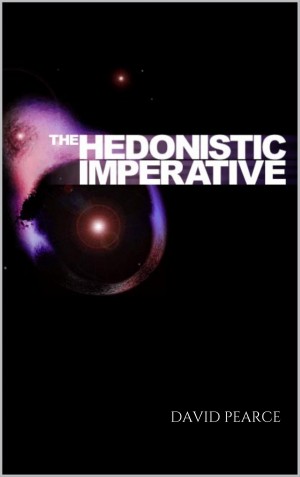 The abolitionist project is hugely ambitious but technically feasible. It is also instrumentally rational and morally urgent. The metabolic pathways of pain and malaise evolved because they served the fitness of our genes in the ancestral environment. They will be replaced by a different sort of neural architecture - a motivational system based on heritable gradients of bliss. States of sublime well-being are destined to become the genetically pre-programmed norm of mental health. It is predicted that the world's last unpleasant experience will be a precisely dateable event.

Two hundred years ago, powerful synthetic pain-killers and surgical anesthetics were unknown. The notion that physical pain could be banished from most people's lives would have seemed absurd. Today most of us in the technically advanced nations take its routine absence for granted. The prospect that what we describe as psychological pain, too, could ever be banished is equally counter-intuitive. The feasibility of its abolition turns its deliberate retention into an issue of social policy and ethical choice.
Download: epub mobi (Kindle) pdf more Online Reader
rtf lrf pdb txt
Price: Free! USD
Add to Library
Create Widget
Tags: transhumanism singularity jainism utilitarianism superhappiness negative utilitarianism
About David Pearce

David Pearce is a British philosopher who promotes the idea that there exists a strong ethical imperative for humans to work towards the abolition of suffering in all sentient life. His book-length internet manifesto 'The Hedonistic Imperative' outlines how technologies such as genetic engineering and nanotechnology could potentially converge to eliminate all forms of unpleasant experience among human and non-human animals, replacing suffering with gradients of well-being, a project he refers to as "paradise engineering". A transhumanist and a vegan, Pearce believes that we have a responsibility not only to avoid cruelty to animals within human society but also to redesign the global ecosystem so that animals do not suffer in the wild.

Pearce co-founded Humanity+, then known as the World Transhumanist Association, and is a prominent figure in the transhumanism movement, inspiring a strain of transhumanism based on paradise engineering and ending suffering.

Reviews of The Hedonistic Imperative by David Pearce

You have subscribed to alerts for David Pearce.

You have been added to David Pearce's favorite list.

You can also sign-up to receive email notifications whenever David Pearce releases a new book.