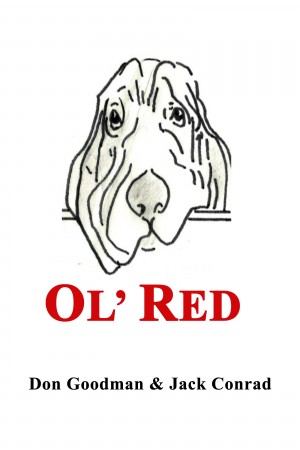 Don Goodman/Songwriter
Born Hohenwald, Tennessee 1944
Don Goodman was born in Hohenwald, Tennessee in the Swan Creek area where much of this story takes place
As a child Don's family followed the call of the automobile and moved to Detroit, Michigan. At the Wyandotte Church of Christ young Don sat between his mother who sang sharp soprano and his father who sang flat bass, so singing in pitch for Don has always been the impossible dream.
He still holds the record for fifty-eight unexcused absences the first time he journeyed through his sophomore year at Taylor Center High School. He spent days in a neighbor's tree writing short stories and poems.
Fueled by the faith of Miss Rosa Lou Wilson, a teacher who convinced him he could be a writer he hitchhiked to Nashville in 1961 with a handful of songs and a twelve string guitar that he still can't tune or play. A couple of thousand songs later he's still, "Livin' the dream."
In 1986 at the "Bull's Creek Bait Shop" in Gallatin, Tennessee he married his beautiful wife Gayle. That same year Don, Mark Sherrill and James "Bo" Bohon composed the country music classic, "Ol' Red." Now that song has inspired him to write his first novel.
Don resides in Tennessee with his wife, son Jeremy, daughter Tiffany and granddaughter's Alyssa and Charlee.

You have subscribed to alerts for Don Goodman.

You have been added to Don Goodman's favorite list.

You can also sign-up to receive email notifications whenever Don Goodman releases a new book.