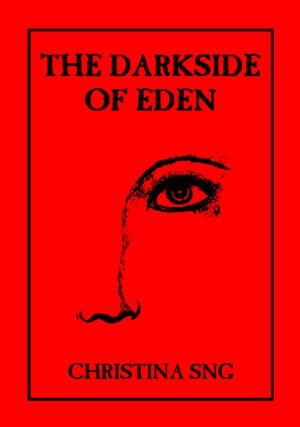 The Darkside of Eden

By Christina Sng
Rated 4.50/5 based on 2 reviews
Christina Sng’s first collection takes you on a poetic journey into the dark and macabre underworld of nature where humanity’s true face will be unpeeled before you, exposing its deepest buried fears and unspoken propensities.

This collection brings together the best of her poems published in 2001 and early 2002 from various North American magazines and anthologies. More
“Christina Sng is a composer of dark imaginative verse, often as beautiful as it is, well, macabre. While her distinctive work makes its way onto magazine racks now and again, Sng’s poetry graces small press periodicals beyond number.

The Darkside of Eden is a collection of this prolific scribe’s work, and includes 18 poems, all but “Succubus” previously published. (Her poetry), by turns morose, beautiful, and mysterious, is always as dark as Jagermeister or a cup of joe not compromised by sugar or cream.”

“A highly recommended chapbook from an extraordinary poet of dark verse.”

“Outstanding break-up poetry, with just the right amount of pride, bitterness and turn of the knife. Brilliant.”

“This is a superb collection. I’ve got mine; get yours.”

She was Featured Poet in The Edge: Tales of Suspense and Black Petals, and Twilight Tales’ International Author of the Month. In late 2001, she was commissioned by award-winning artist Frank Wu to pen several poems for his work. Some of her collaborators in fiction and poetry include British novelist Mike Philbin, and American poet and journalist Mike Allen. 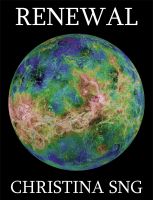 Reviews of The Darkside of Eden by Christina Sng

A beautiful and disturbing look at the dark side of life, the worlds that might have been, and the fears that lie buried within us all.

You have subscribed to alerts for Christina Sng.

You have been added to Christina Sng's favorite list.

You can also sign-up to receive email notifications whenever Christina Sng releases a new book.