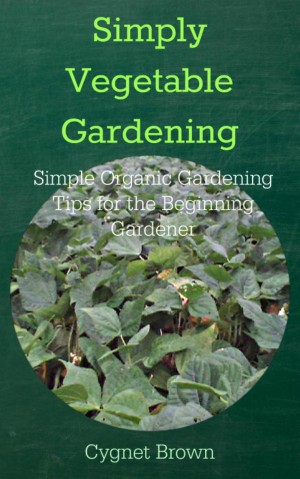 Cygnet Brown is not a novice gardener. She has over forty years practical gardening experience under her belt. For her, organic gardening principles are not simply a philosophy, they are a way of life. Without using chemical fertilizers, herbicides, or pesticides, she has managed to grow many of the family's groceries and has improved the soil in her corner of the planet as well. Her use of this natural, practical philosophy stems from the premise that "healthy soil produces healthy plants."
Available ebook formats: epub mobi pdf rtf lrf pdb txt html
First 10% Sample: epub mobi (Kindle) lrf more Online Reader
pdb
Price: $4.95 USD
Buy Add to Library Give as a Gift
How gifting works
Create Widget
Tags: gardening vegetable gardening gardening tips gardening ideas gardening for beginners gardening advice gardening how to gardening organic
About Cygnet Brown

Cygnet Brown (1959-) Born in Northwestern Pennsylvania, began writing stories in seventh grade English class. From that time on she wanted to become a professional writer, but life got in the way. After graduating high school, she served on active Navy from 1981-1987 as a Neuro-psychiatric Technician then in the reserves until 1999. She married, became a mother to three children, step mother to another, and became a nurse.

She returned to writing in October 2008 when she fell in love with her characters all over again. With this renewed passion, she wrote her first book in The Locket Saga: When God Turned His Head. In 2012 she published her second book of the series Soldiers Don't Cry. Her third book, a nonfiction book is aptly named Simply Gardening.Her next book, Book IV of the Locket Saga: A Coward's Solace came out in August 2016. In December 2015 she came out with two booklets: Help from Kelp and Using Diatomaceous earth Around the House and Yard. She substitute teaches high school, middle school, gifted middle and high, and special needs students K-12.

Cygnet keeps busy writing a book about editing called Beyond the First Draft and working to develop the Jerjoboch Learning Center, a center that teaches children and adults as well how to live cohesively with nature using permaculture systems.

Excellent source of garden information. Lots of ideas and good tips. I liked the way it's written, and enjoyed tidbits like 'the three sisters' tale. Best were the tips on how to care for the garden beds and ways to make the most of the area. If anyone is considering to plant a garden, this is a great tool.

You have subscribed to Smashwords Alerts new release notifications for Cygnet Brown.

You have been added to Cygnet Brown's favorite list.

You can also sign-up to receive email notifications whenever Cygnet Brown releases a new book.