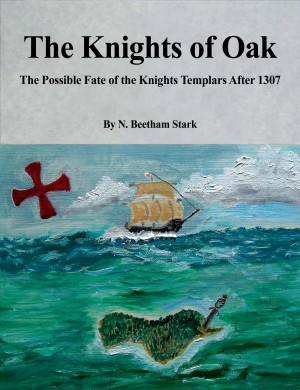 Oak Island: The Knights of Oak: The Possible Fate of the Knights Templars After 1307

Nellie Beetham Stark was born November 20, 1933, in Norwich, Connecticut to Theodore and Dorothy Pendleton Beetham. She attended the Norwich Free Academy and later Connecticut College in New London, CT before graduating with a MA and a Ph.D. degree in Botany (Ecology) from Duke University.

Stark worked for the U.S. Forest Service as a botanist for six years and then joined the Desert Research Institute in Reno, Nevada where she worked on desert and forest ecology and later tropical nutrient cycling. She has consulted in many countries, working for some time in Russia, Australia and South America. She developed the theory that explains why tropical white sand soils cannot grow good food crops and described the decline processes of soils. She has also developed a science of surethology, or survival behavior which describes how humans must adapt to their environments if they hope to survive long term. She has 96 professional publications and has published in four languages.

Her life long hobby has been English history, with emphasis on naval history. Her family came originally from Tristan Da Cunha in the South Atlantic in the early 1900’s. Her grandfather was a whale ship captain for a time which spurred her interest in naval history. She also paints pictures of sailing ships which she has used as covers for her historical novels. She has built several scale models of sailing ships and does extensive research on ships and naval history, traveling to England once yearly.

Stark was awarded the Connecticut Medal by Connecticut College in 1986 and the Distinguished Native Daughter Award for South Eastern Connecticut in 1985. She was named outstanding Forestry Professor three times by the students of the University of Montana, School of Forestry.

Today she writes historical novels, mostly set in England. She has published some 21 novels in the past twenty years, mostly on the internet. She lives on a farm in Oregon and raises hay and cows. 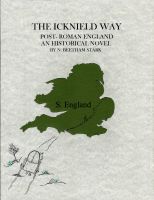 You have subscribed to alerts for N. Beetham Stark.

You have been added to N. Beetham Stark's favorite list.

You can also sign-up to receive email notifications whenever N. Beetham Stark releases a new book.