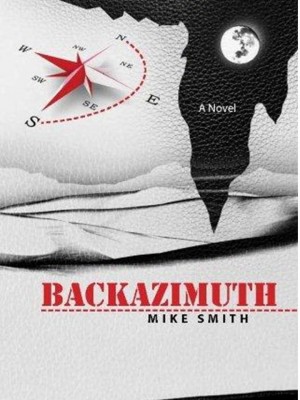 Backazimuth is a gripping military thriller about a jaded army officer whose unconventional code of honor sets him on a dangerous path to vengeance, from which there can be no turning back. More
In military terminology, a back azimuth is a compass direction taken back to a starting point, guiding a soldier home. For Major Bill Slade, a second-rate army officer and inveterate drinker, an unsettling chain of events tied to his past will push him to the point of no return, from which no back azimuth can bring him home…

In 1991, Slade is stationed in Saudi Arabia as part of Operation Desert Storm. As his comrades prepare for the ground invasion, Slade is preoccupied by the events of his recent past and their implications for his future. One year earlier during a routine training exercise at the Army’s National Training Center, Slade crossed paths with two former acquaintances from West Point. These friendships are among the few bright points in Slade’s life, so after several mysterious attempts on his life, he sets out to expose the truth behind their unexplained and radical behavior.

What he uncovers is a criminal conspiracy of inconceivable proportions. In Saudi Arabia, Slade unearths a key piece of the puzzle, inciting him to abandon his post and relentlessly pursue his own personal vendetta. His quest for answers quickly becomes an obsessive hunt for the truth that could end his career—and his life. Backazimuth is an engrossing military mystery in the spirit of Tom Clancy and Harold Coyle, a realistically told thriller that draws readers deep into the mind of a complex protagonist whose unconventional code of honor sets him on a dangerous path to vengeance, from which there can be no turning back

Mike Smith is a graduate of West Point and a decorated veteran of Operation Desert Storm. During his career with the U.S. Army, he lived in Saudi Arabia, and Iraq, with postings in Alaska, Kentucky, Oklahoma, and Georgia. He served as an army combat engineer. Since his retirement from the army in 1995, he has worked in the defense industry. Backazimith is his debut novel and the first of a three-book series. A native of Alabama, Mike and his wife, Beth, live today in Fredericksburg, Virginia. They have four children.

You have subscribed to alerts for Mike Smith.

You have been added to Mike Smith's favorite list.

You can also sign-up to receive email notifications whenever Mike Smith releases a new book.