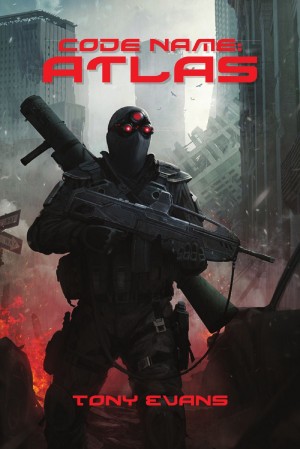 Hovering over everything is the threat of an alien invasion which Atlas slowly pieces together through unreliable stories told by the survivors. He soon learns that his fight is only a small part in a war that has been raging for hundreds of years and reaches throughout the galaxy.

A gritty and realistic action adventure book blends with minimal use of science fiction elements to create a rich, believable contemporary fiction story of one soldier's heart-wrenching post apocalyptic journey to keep his family alive.

Tony Evans is an American writer of science fiction. He is a military veteran who completed a tour in Iraq conducting more than 50 combat operations in support of Operation Iraqi Freedom where he received the Army Commendation Medal. He has a bachelors degree in Computer Science, lives in Southern California with his wife and daughter, and his debut novel is Code Name Atlas.

You have subscribed to Smashwords Alerts new release notifications for Tony Evans.

You have been added to Tony Evans's favorite list.

You can also sign-up to receive email notifications whenever Tony Evans releases a new book.