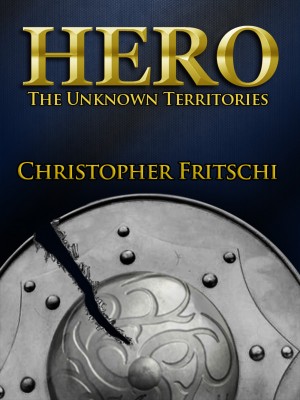 By Christopher Fritschi
Tilger is a professional hero loved by all including himself. He's transformed by a wizard into a scrawny commoner & loses everything... except his ego. With the help of his loyal war horse, Sho and a tiny tinkerer, Tilger will enter into an unknown land filled with adventure & danger to regain what he's lost and maybe, just maybe, learn something about being a true hero. More
From The Author:
This is a fantasy adventure that will remind you what it felt like when you first discovered the love of fantasy. You'll meet new and refreshing characters you'll love and hate. New places are waiting for you to explore & dangers to test your courage. Adventure, suspense, humor, action, all woven into a rich and rewarding story are at your finger tips.

About The Book:
In a world filled with a parade of dangers the only answer is a hero. Handsome, rich, adored and with perfect teeth, Tilger is a professional hero.

But Tilger makes the mistake of gambling with a wizard. To his surprise he loses. To his horror he's transformed from the pinnacle of manliness to a scrawny, ugly, weakling. He loses everything - his powers, his looks, his armor and his weapons. With the body of a wimp and the ego of a superhuman Tilger embarks on the most important crusade of his life. To win it all back.

With the help of his loyal and patient warhorse, Sho, and a minuscule, but hazardous inventor, Standback, Tilger must overcome the greatest fear of all - being common.

It's an adventure littered with terrifying creatures, bravery, friendship and a truly horrifying and omnipotent rival.

'Hero - the Unknown Territories' is an epic fantasy adventure with a refreshing blend of humor and honesty, suitable for all ages, from older children to adults.

I've had a love of writing for as long as I can remember. I didn't consider making a serious attempt at it until a friend of mine told me about an idea he had for a movie. It was a good idea and our excitment carried me across that decision point from thinking about writing to actually doing it.
We spent the next five years writing full-length spec scripts and shopping them around Hollywood. We got a lot of interest and met with some big names in the business, but we didn't see the kind of success we wanted. We decided to try our hands at other things and stopped writing scripts.
I had several stories klanking around in my head for some time and decided they needed to be written as a book. Picking which one to start with was like picking the cutest kitten from a whole basket full of them.
Hero had been the most fully developed of all the stories and I set out on the labor and love of writing it. Each of the characters is vividly clear in my mind with their own personality. Writing about them isn't hard because I just put them in a situation and let them loose. Of course, that can backfire on me because they'll go off in ways that have nothing to do with the story and I need to wrangle them back on track.
I still have a basket full of kittens waiting to be written about. Some very different from Tilger and Standback, but then that's how my imagination is.
A little about the non-writing side of me...growing up I've spent most of my life in California, although I've traveled through most of North America, a small corner of Europe and across Japan but oddly, to many people, I have no desire to travel to Hawaii. Nothing personal, Hawaii. I really like your volcanos.
For hobbies I write, play video games, travel, play, and ... wow this is sounding like a profile on a dating site. I'm a sucker for tech gadgets, Batman, and just about anything really cool. Yup, I have a geek side.
I love martial arts and my first teacher, true story, was Chuck Norris. I don't have any trophies, but I have collected several broken ribs, chipped bones, concussions, and torn muscles while learning the art that I take more pride in over a shinny cup gathering dust on the mantle.
Weather permitting I love riding my motorcycle. Nothing that I've experienced can compare with the feeling of being on an open road with nothing but time on my hands.
I guess anything else you'd like to know about me you can email me and ask, or you'll learn as you read my blog.

You have subscribed to alerts for Christopher Fritschi.

You have been added to Christopher Fritschi's favorite list.

You can also sign-up to receive email notifications whenever Christopher Fritschi releases a new book.