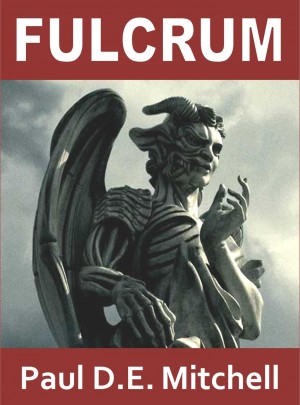 Rated 4.00/5 based on 1 reviews
Thomas Lewis, tormented by visions and voices, attends his father's funeral where he discovers his young niece, Gemma, is telepathic. She forces him to accept his gifts and her enigmatic 'guardian angel'. The Department of Security and media crews hound them as Paul Sheppard renews an ancient family feud against the Lewises but he too has an 'angel' - Ahriman, the First Satan. More
Volume 1 of The Nexus - First Satan

Thomas Lewis returns to his family home to attend his father's funeral, pursued by 'voices' and 'incidents' that have tormented him all his life. His marriage ruined, his children estranged, his sanity precarious, he fears that someone - or something - wants him dead.

His young niece, Gemma Lewis, behaves suspiciously at the family gathering and he soon learns that she is both a natural telepath and telekinetic and reveals that she has been guided and protected by an 'angel'. Gemma forces him to embrace his gifts but as he does so, he is cursed by stigmata - arcane phenomena that set both of them apart as freaks of nature and brings them to the attention of the sinister Department of Security and the right-wing media.

The moral and metaphysical opposites to the Lewises - the feared Sheppards - renew their ancient family vendetta. The eldest, Paul Sheppard has his own 'angel' - a paranormal entity of many names: Ahriman, Ban-Sidhe, Ba'al, the First Satan - which possesses him, driving him to a final, fatal confrontation with Thomas Lewis and his extraordinary niece.

Although a complete novel in its own right, Fulcrum can be read as the first volume of the Nexus.

Paul D.E. Mitchell (b1956) has enjoyed a varied career in chemistry, computing, teaching, lecturing, music (as a bassist in numerous bands), and served as a senior Cardiff councillor for 17 years in various wards.

First as a single-father and then as a carer for elderly relatives, he retired from the private sector (but not politics) to concentrate on poetry and bringing to life a complex near-future sci-fi/paranormal series of nine books (set in three trilogies) and three spin-off novels as well as several other genres. Light-Father is doing extraordinarily well and may be made into a film or an anime.

Paul is also publishing and editing works by others of a co-operative of independent authors based in Wales and will soon take on a micro-publisher called Wuggles Publishing. He has just completed his seventh music album (www.revernation.com/pauldemitchell) called '13 songs about 7 deadly sins'.

This was a book I may not have tried because of the sheer scale but I downloaded it. It took while but I did get sucked in enough to care about the characters. Mitchell has a vast complex story based around people with awakening powers in a rundown part of the UK. The scenes are well drawn and I was actually walking the streets of the town ith them as Thomas finally realises how powerful he is and the nature of the shadow haunting him. I liked the mix of ancient Celtic and Persian myth about the shadow and the gaurdian angel. I was dreading a comic-book spandex/Heroes treatment at any moment but no, this was extremely dark and the paramnormal ran alongside the normal seamlessly. My favourite scenes were the Incubus in the Classroom and the fortune-teller at the fair... I can't give it a five as the book require concentration to read but yes, a four star will do.

You have subscribed to alerts for Paul D.E. Mitchell.

You have been added to Paul D.E. Mitchell's favorite list.

You can also sign-up to receive email notifications whenever Paul D.E. Mitchell releases a new book.