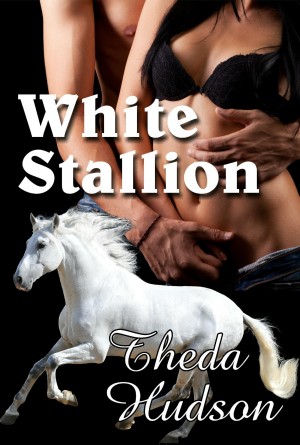 Marin, fearing her ‘first time’ lover will leave her disappointed, makes a wish upon a white stallion and sets out to find the right man to take her virginity in spectacular fashion. More
Marin is a virgin. That in itself isn’t a problem; it’s what her cousin tells her about the first time she’d made love. “It isn’t anything special.” Marin believes that giving up her virginity should be nothing short of spectacular, so she sets out to find Mr. Right, the one who will show her the true pleasures between a man and a woman. She soon learns it’s a frustrating and seemingly impossible goal...until she meets Evan.

You have subscribed to alerts for Theda Hudson.

You have been added to Theda Hudson's favorite list.

You can also sign-up to receive email notifications whenever Theda Hudson releases a new book.