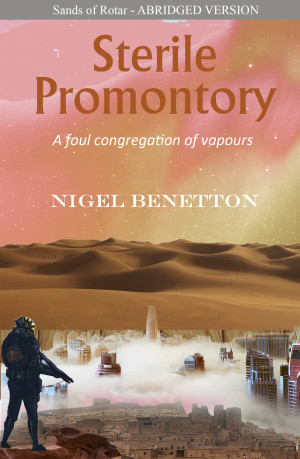 Benetton was born in London in 1949 and went to school in West Yorkshire. He found himself back in London when he started a career in banking. But it was not for him. He studied and passed entrance exams to take a degree in English at the Bristol University of the West of England. After two years as a technical editor with British Aerospace, he moved to South Africa to begin a career in financial journalism where he remained for over 35 years. Now semi-retired he lives with his wife in Falkirk, Scotland. He has five children.
Benetton still goes to the gym twice a week and is a member of Parkrun, which hosts five-kilometre timed runs on Saturdays. He previously belonged to a cycling club, the Pedal Power Association of South Africa, and participated in many of their timed road races over the years. Writing and reading are his twin passions.
He is the author of the “Rotar trilogy”, and two of the novels: Red Moon and The Sands of Rotar are published online.

You have subscribed to alerts for Nigel Benetton.

You have been added to Nigel Benetton's favorite list.

You can also sign-up to receive email notifications whenever Nigel Benetton releases a new book.