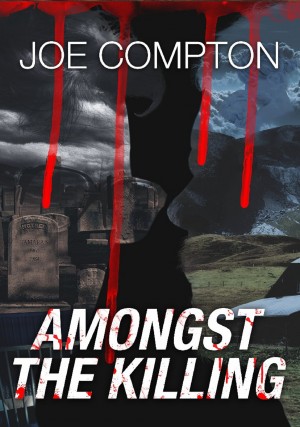 Rated 4.00/5 based on 1 reviews
Detective Charles Street always wanted to be a police officer; never did he think his dream job would become his nightmare. Jack Casey wanted to be free to do what he pleased when pleased, even killing. Never did he think he would ever meet anyone his equal. Told in their own words, as the moments unfolded when their paths first crossed and their lives intersected. 2 men, 2 philsophies; 1 outcome. More
There are 2 sides to every story...

For as long as he could remember Detective Charles Street wanted to be a police officer, moreover a Detective. He wanted to be knee deep in the action, working the biggest cases, and reaping the biggest rewards. He also didn’t think when his dream job came a calling that it would ever turn into his nightmare.

For as long as he could remember Jack Casey just wanted to be free, his own man to do what he pleased when pleased. He too craved the action and when his dream life came a calling, he didn’t think he would meet anyone his equal and definitely didn’t think he could ever have difficulty leave the world he loathed and mocked behind.

Amongst The Killing documents each of their stories, told in their own words, as the moments unfolded when their paths first crossed and their lives intersected. How two men, with two different philosophies, could be so different and yet so connected.

As the ultimate cat and mouse game unfolds, each has to deal separately with the others decisions and the effects it has in turning their lives sideways and upside down. Will one of them crack? Will one of them even succeed? Ultimately the journey may mean more than the game and show both of them the outcome neither was ever expecting.
Available ebook formats: epub mobi pdf lrf pdb txt html
First 10% Sample: epub mobi (Kindle) lrf more Online Reader
pdb
Price: $2.99 USD
Buy Add to Library Give as a Gift
How gifting works
Create Widget
Tags: fiction murder novel killing fiction thrillers selfpublished fiction thriller crime novel dual perspective joe compton
About Joe Compton

Born in Hawthorne, CA in December of 1973 Joe grew up in Southern California; the majority of that spent in Torrance, CA. Writing has always been that thing he could do at an early age. He spent many a summer stints with his Grandma and Aunt where he was left mostly to his imagination and would escape by writing scenes and short stories; then acting them out in the backyard. Sometimes bringing in his brother to help act or just be an audience member. Then when his mother went back to work, Joe would spend the summer with his brother, write scripts ( even before he knew what a screenplay was), and perform all the characters for his brother. Joe went on to South Torrance High School and while he wasnt the world's best student, he did manage to have 3 short stories published in the school's annual creative anthology. They were mostly horror driven, in the vein of Poe or Lovecraft. It would be Joe's first published works. One of those stories Joe would end up turning into a screenplay and short film. Joe served his country in the United States Marines for 4 years, were he wrote the very first draft of Amongst the Killing. Once he was out of the Marines Joe moved to Denver, got another short story published in a underground magazine called Harvest Moon, a sort of reader's digest for Horror fans. Joe started writing screenplays and decided he would like to try making movies. He shot his first movie, Karl's Liquor in 2001 ; which had one screening and one screening ever, at the awesome, world famous Mercury Cafe in Denver, CO in August of 2001. You can still see the trailer on youtube. Joe went on to make 2 more short films, Devilwind and afforementioned (short story turned into movie) Out of Range. Joe at one time had a deal in place with a publishing company to publish Amongst the Killing but didn't want to change the principle concept and thus walked away. Now a few years later he has started this company and decided to his first release would be Amongst the Killing . In 2010 Joe met the love of his life, his wife Shawna. Knowing that they will have children very soon he wanted to have something to hand over to his child, should they want it. So he felt the time was now to do this.

Joe Compton does an amazing job catching the unique voices of Detective Charles Street and Jack Casey, serial killer at large. Unlike Girl on a Train, I had no problem telling which character was speaking at the start of each chapter and admired how at certain points, the two voices were eerily similar (clearly intentionally done by the author!) This story really sticks with you. I actually had to take a break from reading it at one point because it gave me nightmares!

Why? Because Jack Casey seems relatively normal. Hearing his internal monolog is very reminiscent of listening to my teenage son talk. He is quite Machiavellian, but some of the brightest people I know score quite high on the Machiavellian tests. It gives credence to neighbors of serial killers who say "He was quiet, polite, seemed like a nice guy." And that, to me, is far scarier than the "crazy" versions of serial killers often portrayed in Hollywood.

I loved that the ending was unpredictable, and (if you pay close attention) there is a unique little twist that was very unexpected for me. The wrap up felt a bit rushed and tied a little too neatly, but I love the teaser for the next book!

The book does have a fair number of errors and could benefit from a good edit, but many of the errors, I felt, were due to the format of telling, from the eyes of the character. (Still, there were several that clearly weren't, most commonly missing articles like the, or, and.) It did make it a bit difficult to get into the story at first, but as I adjusted to the perspectives of the characters, I also adjusted to the writing style. I don't know that I would read it again, but I am interested in reading the next Detective Charles Street book.

You have subscribed to alerts for Joe Compton.

You have been added to Joe Compton's favorite list.

You can also sign-up to receive email notifications whenever Joe Compton releases a new book.