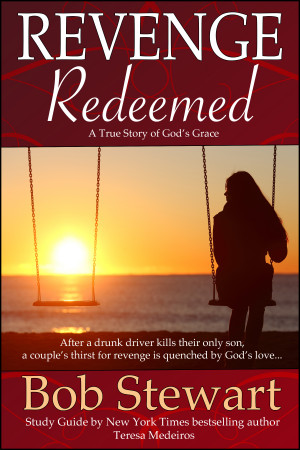 It’s Christmas Eve, but Frank and Elizabeth Morris have no reason to celebrate. Joy, peace on earth, and good will toward men have been replaced by heartbreak, hatred, and bitterness. Their beloved only child, eighteen-year-old Ted, has just died from injuries sustained in a horrific automobile accident. Days later, they would learn that their son had been killed at the hands of a drunk driver.

The Morrises’ strong Christian faith is shaken to its foundations as grief chokes every bit of hope and joy from their lives. They demand the death penalty for their son’s killer, a young alcoholic named Tommy Pigage. When the charges are reduced from murder to manslaughter, they are outraged by the injustice of it all—and anguished by God’s seeming indifference to their suffering.

Tormented by their inability to “love their enemy”, they continue to stumble through dark days and darker nights. It isn’t until Elizabeth opens up her car door—and her heart—to the troubled young man who killed her son that the light of God’s transforming love begins to seep through the cracks of their broken lives.

Bob Stewart was the author of four non-fiction books, three novels, and had been a reporter for People, Time, Life, and Latina magazines. He wrote scripts for series television while pursuing a career in journalism. He was associate producer for Switched at Birth, a mini-series based on the baby switch in Florida.

In 1998, he joined the full-time staff of People Magazine, working stories that included the Oklahoma City bombing, the Branch Davidian standoff in Waco, the murder of Tejano singer Selena, the TWA jet crash in New York, and the Columbine shootings. Bob passed away unexpectedly during the production of this edition of Revenge Redeemed, while doing one of his favorite things in the world—attending a writer’s conference.

Reviews of Revenge Redeemed: A True Story of God's Grace by Bob Stewart

You have subscribed to alerts for Bob Stewart.

You have been added to Bob Stewart's favorite list.

You can also sign-up to receive email notifications whenever Bob Stewart releases a new book.