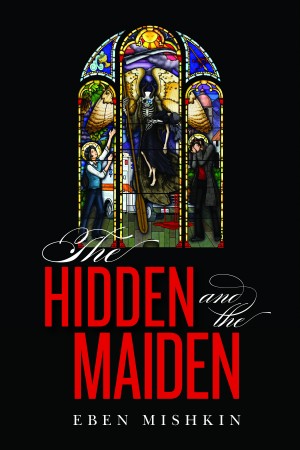 The Hidden and the Maiden

The unsociable James Rathbone, once student to the last wizard, is forced into action when his dead master's secret elixir is stolen.

Con artist Kenton Dean has used the elixir to release the fallen god of death. He needs just one more thing for his plans to work: Helena Lawson, an heiress who holds unfathomable magical potential.

James sets off on a dangerous mission to rescue Helena and stop Kenton, but he cannot do it alone. Much to his chagrin, James must team up with Zephyr Wayne, a neurotic medium who’s convinced his powers are nothing more than the manifestation of his own psychosis.

As the only humans capable of seeing the threat, James and Zephyr must band together to save the world as they know it. But can James finally get his magic to work? And will Zephyr’s self-doubt ever allow him to unleash his full potential?

He’s been the youngest attendee of the Santa Barbara Writer’s Conference and the oldest person to believe in S. Morgenstern. He’s studied writing under Orson Scott Card and occult under everyone’s favorite grandmother. He knows the keys and locks of three gods that must not be named but has never had tequila.

He’s married to a dragon keeper who is also a very talented artist. They live together in a McMansion in Southern California with a sweet natured hell hound and more dragons than he is comfortable cohabiting with.

The Hidden and the Maiden is Mishkin’s debut novel.

Reviews of The Hidden and the Maiden by Eben Mishkin

You have subscribed to Smashwords Alerts new release notifications for Eben Mishkin.

You have been added to Eben Mishkin's favorite list.

You can also sign-up to receive email notifications whenever Eben Mishkin releases a new book.