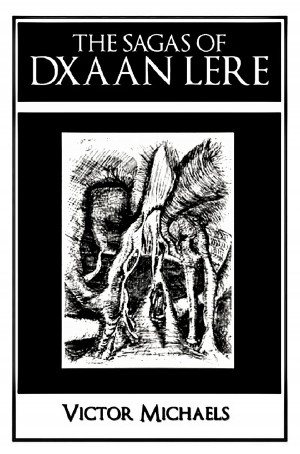 The Sagas of Dxaan Lere

He spends his youth in a land strange to his parents. Filled with fearless curiosity he ventures out to the market place where he meets N’Tres, a member of the Inner Circle. These individuals, known as dragon keepers walk the land in the service of Zorid, the Dragonlord. After learning of the library beneath Dragon Keep and the secrets held there by the Zorid Dxaan unwillingly finds himself coerced onto a path he was born to walk.

Dxaan ventures back with his parents to their homeland and the Eternal Forest where his maternal grandfather is gravely ill. Past enemies intercede and dxaans life is changed forever via a series of events that force him into manhood. Having no developed connection with the people of the forest he ventures out alone, searches the land for his mother and more over the answers that would justify his life.

I was born in the lower east side of Manhattan in 56. My Puerto Rican parents moved around a few more years than moved to the country. Back then eastern Long Island was the country. We lived on a dirt road with several other families surrounded by woodlands still inhabited with wildlife. Soon progress came along and industry killed the magic of the woodlands.

For the next 25 years or so I attended school, some college, tried marriage and failed. I eventually found love and have been so for the last 27 years.

I began writing short stories for college and found I enjoyed the idea of seeing my imagination on paper. My big push came in 96-97, while living in Lancaster, Pennsylvania when I went from a standard electric typewriter to a PC. Seeing paragraphs at a single glance helped my thought processes. I took one of my ideas for a short story and eventually expanded into the manuscript you have before you.

In 2004 we moved to Ruskin, just south of Tampa in Florida. A very small town that I believe had been known as the tomato capital. They still have festivals.

Later that year, I was fortunate enough to meet my muse. Now in 2009 aided by ‘past associations and endearing new ones’ I have finish it.

Reviews of The Sagas of Dxaan Lere by Victor Michaels

You have subscribed to Smashwords Alerts new release notifications for Victor Michaels.

You have been added to Victor Michaels's favorite list.

You can also sign-up to receive email notifications whenever Victor Michaels releases a new book.