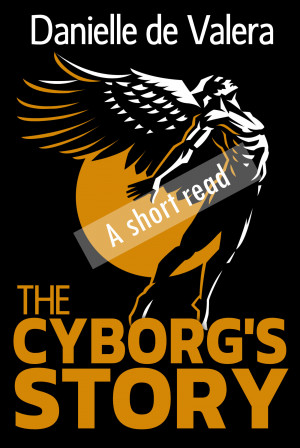 Until now, Danielle de Valera's been best known for her short stories, which have appeared in such diverse magazines as Penthouse, Aurealis and the Australian Women’s Weekly.
All in all, she's had a chequered career. She’s worked as a botanist, an editor, a cataloguer for the Queensland Department of Primary Industries Library and the John Oxley Library, and on the main floor of Arnott’s biscuit factory.
The manuscript of her 1st ever novel (then titled Love the People!) was placed 2nd to published author Hugh Atkinson's in the Australia-wide Xavier Society Literary Award for an unpublished novel - in those days, there was no Vogel Award for Unpublished Writers under 35. After that, she abandoned writing for 25 years to raise her children, whom she raised alone.
She resumed writing in 1990, somewhat behind the eight-ball. With Louise Forster she won the Australia-New Zealand-wide Emma Darcy Award for Romance Manuscript of the Year 2000 with Found: One Lover.
That first novel, Love the People! was shortlisted for the Byron Bay Writers’ Festival Unpublished Manuscript Award in 2011, and for the UK’s Impress Prize in 2012, under the title A Few Brief Seasons. It's due out here in October 2021 under its final title Those Brisbane Romantics.
A freelance manuscript assessor and fiction editor since 1992, she has won numerous awards for her gritty, streetwise short stories. MagnifiCat, a departure from this style, is her first published novel. It was followed in 2017 by Dropping Out: a tree-change novel in stories - to put it another way, a collection of linked short stories.
For more information on this author, see Smashwords iInterview. There's lots there.

Reviews of The Cyborg's Story by Danielle de Valera