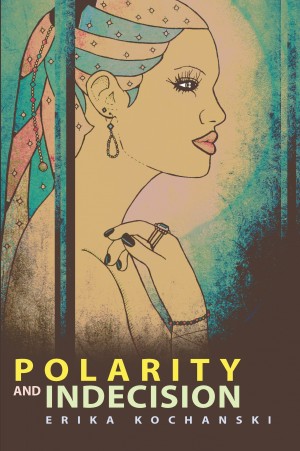 By Erika Kochanski
Even though she is admired by friends, respected by colleagues, and adored by an estranged family, Ana doesn’t believe in love. She thinks she’s moved beyond the drama of her past, but when Ana begins sneaking around with a striking young doctor, she discovers that running away across the globe isn’t the answer. Ana is forced to decide what she wants out of life - and who! More
I will share a personal truth with you: darkness is not so intimidating once you’ve resided within its confines. I’m not talking evil, but a blackness that can dwell in your soul, lurking in suspicion and toying with your heart. It’s a state of mind, a place where you view the world within its context. It leaves a mark on you that is as permanent as any scar and as deep as any wound. It crawls beneath your skin, indulges in pain, and scrambles reasonable judgment into chaos. I am not shy of it. I adopt it as any other part of the human experience, and I am not ashamed to call on it for inspiration. It is, after all, a component of my character. I would not be complete without it and so it is sewn into my life with a fragile Zen-like thread.

Polarity and Indecision is a nominee in the 2015 Global Ebook Awards.

Erika Kochanski was born and raised in Brisbane, Australia, and graduated with a Bachelor's degree majoring in writing and literature from Griffith University. Writing has been a lifelong dream, travel an ever growing passion, and when given the option to live out of a suitcase in a foreign city while writing about the world the answer is always 'Let's go!'

You have subscribed to alerts for Erika Kochanski.

You have been added to Erika Kochanski's favorite list.

You can also sign-up to receive email notifications whenever Erika Kochanski releases a new book.