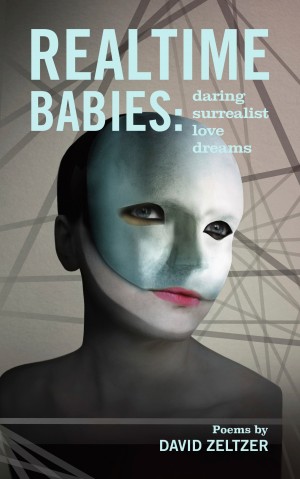 “These are all fine poems!”
— Dennis Koran

“Your poems are terrific . . . I like your dreamy-Surrealist love poems.”
— Andrei Coudrescu

I was born in Detroit, Michigan and raised in the suburbs. I started writing in grade school and I've never stopped. I’ve published nearly two dozen poems, won a poetry prize from Echo magazine in Canada, and while I was living in Eugene, Oregon I
co-founded and was on the editorial collective that published 10 Point 5: A Magazine of the Arts. We published seven issues which included interviews with Robert Bly and Ursula K. Le Guin, and we later published one of her poems.

My writing continued but slowed down in graduate school and in the years I've spent working on human/machine interface design in Boston. Not long ago, I threw everything in a rental truck and returned to the Bay Area, where I'm back exploring the mysterious grottoes, landscapes and oceans we call poetry.

You have subscribed to alerts for David Zeltzer.

You have been added to David Zeltzer's favorite list.

You can also sign-up to receive email notifications whenever David Zeltzer releases a new book.