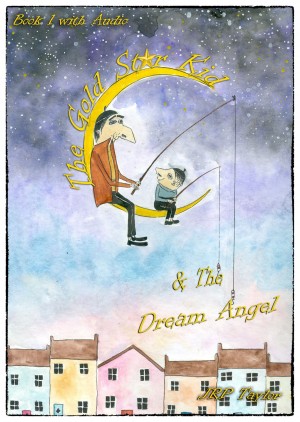 By JRP Taylor
Rated 5.00/5 based on 1 reviews
"Dear Soldier," he wrote, "My dad was a soldier. He's in heaven now. I found this $20 in the parking lot when we got here. We like to pay it forward in my family." This, delightful children's story is written by British singer/songwriter Jonathan Taylor. The book is inspired by the true story of Myles Eckbert, a boy of just 8 years of age from Ohio, USA. More
Ryan is a Gold Star Kid. His father, a British serving soldier, is tragically killed during the Battle of Telic, Iraq: but happiness will return. His dreams bring him hope as he sets off on a series of magical adventures and discovers the secret of the Dream Bond he soon discovers!

There is no room for hate within this work; racism and Islamophobia are skilfully tackled along with many other contemporary issues that face our children today. This book encourages all to focus on our common shared humanity and not our differences. It does not glorify war, nor does it focus on unspeakable tragedies that occur. It seeks only to inform children’s understanding of the consequences of it. To honour our fallen and to never forget them. This is a story that every parent will want to share. 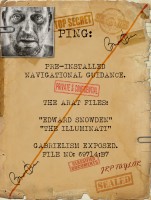 I read this book to my 7 old son. We have the audio book in the car for school run too. What touched me most is the skillful delivery of open statements that prompt conversation, that encourage families to speak about delicate matters our children see in media daily. It is clearly designed to allow parents to answer those questions through discussion in the way they feel appropriate. It is beautiful, wonderful: a children’s story but a book for parents. I love it!