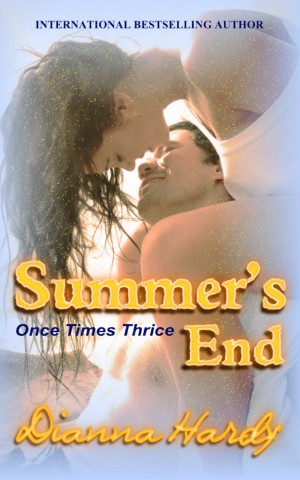 Left physically and mentally disabled, David now sits in a care home while she struggles to keep herself together as she brings up their three kids. And on top of the grief, there's the guilt... she should be there for him, too.

One Christmas alone, one Valentine's, one spring, and now summer's nearly over... Can she face it all again?

Jimmy's known Pippa since before they were teens. Best friends with her younger brother and two years her junior, she's never had eyes for him, and when she fell in love with David, Jimmy finally accepted she would never be his. In fact, he swore off committed relationships altogether, for his path took him down a different route. No one needs to be burdened with the cross he chose to bear.

But his torch for Pippa never went out.

And maybe someone, somewhere, knows it, for words scribbled down and said out loud in a moment of desperation, might just be working their magic, about to shine a light on everything they could have ... if they're prepared to take a leap of faith...

About the Series: Once Times Thrice

Once Times Thrice is a series about loving big, living big and trusting big. Contemporary romantic fiction, with just a touch of magic.

Also in Series: Once Times Thrice

Reviews of Summer's End (Once Times Thrice #2) by Dianna Hardy

You have subscribed to Smashwords Alerts new release notifications for Dianna Hardy.