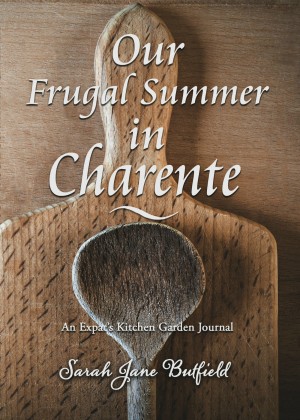 Our Frugal Summer in Charente: An Expat's Kitchen Garden Journal

By Rukia Publishing
When the move from Australia to France leaves an expat family with little money and no jobs, Sarah Jane has to improvise to feed her family. Converting her garden into a micro small-holding, she finds innovative ways to use vegetables and foods foraged from the fields and hedgerows in Charente. Funny anecdotes, recipes and gardening tips in a memoir which belongs to the Sarah More
Frugal living was not part of the plan when they arrived from Australia to undertake the renovation of a quaint cottage in the Charente. However, when life throws them a curve-ball the challenge was set. How to survive in France with very little money and two Australian cattle dogs. The answer came in the form of 5 chickens, 4 ducks and a vegetable garden! The frugal plan was to save money by any means possible, to enable any money they could earn to be invested into continuing the renovation of the cottage. In true ‘Good Life’ style Sarah Jane attacks this challenge head on by keeping some small livestock and converting a garden, that resembled a meadow, into a French ‘potager’ or kitchen garden.The French tradition of using produce from their ‘potagers’ is renowned for enabling families to create meals that are healthy, cost effective and simple. There are 31 recipes for a variety of food and drinks, included in a month by month account, of how they transformed a neglected garden into a frugal yet productive expat kitchen garden.

Author Sarah Jane Butfield was born in Ipswich, and raised in rural Suffolk, UK. Sarah Jane is a wife, mother, ex-qualified nurse and now an international best-selling author. Married three times with four children, three stepchildren and two playful Australian Cattle dogs she an experienced modern day mum to her 'Brady bunch', but she loves every minute of their convoluted lives. Sarah Jane loves to connect with her readers so feel free to connect on Twitter @SarahJanewrites
Facebook:
www.facebook.com/AuthorSarahJaneButfield
www.facebook.com/Twodogsandasuitcase
www.facebook.com/OurFrugalSummerinCharente
www.facebook.com/Ooh-Matron-1646665865549530/timeline/

Sarah Jane, the roving Florence Nightingale, has had a successful career as a nurse and used her nursing and later teaching qualifications to take her around the world. She is now the successful author of a travel memoir series set in Australia and France. In addition, she recently released the first two books in a series of self-help literature for aspiring and debut self-published authors: The Accidental Author and The Amateur Authorpreneur. Her new nursing memoir, Ooh Matron! Released on 14th September 2015 is book one in The Nomadic Nurse Series and is already attracting 5-star reviews.

Glass Half Full: Our Australian Adventure, her debut travel memoir, and the award-winning sequel Two dogs and a suitcase: Clueless in Charente, are regularly found high in the Amazon rankings in categories including; Parenting, Grief, Christian faith, Step-parenting, Travel and France. Her culinary memoir, Our Frugal Summer in Charente was recently voted as one of the 'Top 50 self-published books worth reading in 2015'. 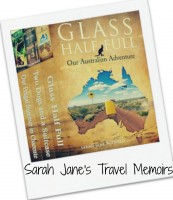 You have subscribed to alerts for Rukia Publishing.

You have been added to Rukia Publishing's favorite list.

You can also sign-up to receive email notifications whenever Rukia Publishing releases a new book.