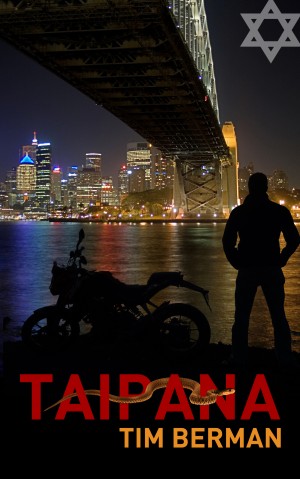 This is one wild ride from the salubrious leafy suburbs to sleazy slums – nail-biting in its course and devastating in its conclusions.
Could it be taken from real life?
Does it still bear any resemblance to today’s New South Wales?
The author takes the reader on a roller coaster of home truths, a story which we can all relate to, one way or another.
Another fabulous tale from the pen of Tim Berman.
Available ebook formats: epub
Price: $2.99 USD
Buy Add to Library Give as a Gift
How gifting works
Create Widget
Tags: sydney crime sydney police australian thriller australian murder australian crime action murder crime mystery nsw police corruption politics corruption in law enforcement sydney murder
About Tim Berman PhD

Tim Berman was always a day-dreamer at school; good at writing 'composition' but never on time for things that were important to teachers like marching into class.

As an adult, he worked at a number of jobs until he 'lucked' into copy writing for a marketing company. He revelled in composing advertising phrases and slogans designed to attract attention and engender thought-provocation. He was quite successful at this and eventually shared third partnership in an advertising agency in Sydney.

Berman's spare moments were shared between flying, shooting, underwater exploration and writing. Then he got married.

This, however, did not diminish his curiosity and creativity. When the opportunity arose to explore the prospect of the truth about some fake coinage found aboard an old Dutch shipwreck in Australian waters, he went into research mode and discovered a factor in the story never before told. The result is this book which depends somewhat on some speculative writing bringing together all the elements of truth behind a tale often told.

Berman is busy finishing three new stories at his home on the South Coast which he shares with his lovely wife and charming dogs. Tim Berman is the author's 'nom-de-plume'.

You have subscribed to alerts for Tim Berman PhD.

You have been added to Tim Berman PhD's favorite list.

You can also sign-up to receive email notifications whenever Tim Berman PhD releases a new book.