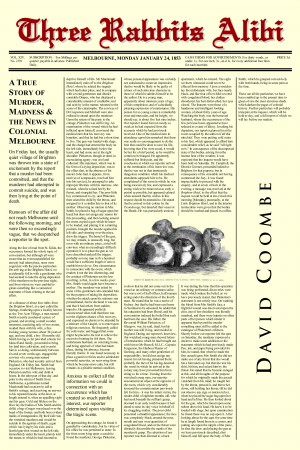 I enjoy uncovering new stories of ordinary people through their link to extraordinary events. Reading old newspapers, I can get hooked by something odd – something that doesn’t seem quite right. From there my research takes unknown paths. But it can lead to fascinating stories. Colonial Australia and narrative non-fiction are my thing. I live in Canberra, Australia.

You have subscribed to alerts for David Coombe.

You have been added to David Coombe's favorite list.

You can also sign-up to receive email notifications whenever David Coombe releases a new book.