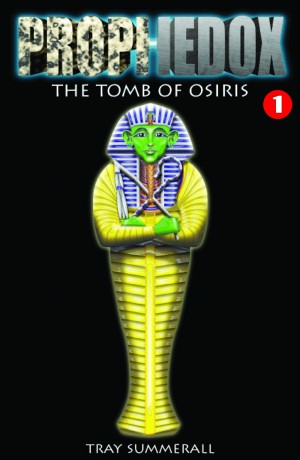 Prophedox: The Tomb of Osiris (Part 1)

Raised in Tampa, FL, I have always had an interest in art. My interest led me to study commercial art and even led to an internship at a major animation company. During that time, I studied not only animation, but character development, story boarding and script writing. Later, I fell into entertainment at a popular theme park and performed as a stilt walker and puppeteer. Currently, I live in Columbia, MD with my wife and three children and divide my time between working as a graphic designer and performing the Samoan fire-knife at local luaus.

You have subscribed to alerts for Tray Summerall.

You have been added to Tray Summerall's favorite list.

You can also sign-up to receive email notifications whenever Tray Summerall releases a new book.