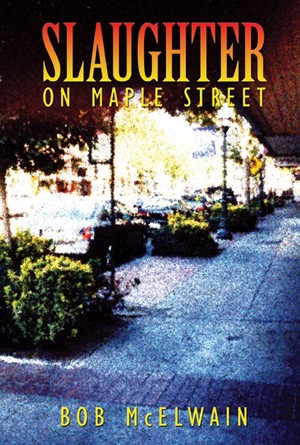 By Bob McElwain
Officially Marsha Rieker and five others were murdered by a crazy. As Kyle, her brother, wraps her affairs, he discovers why she died: she had information the CIA does not want released. When an attempt is made on his life, he suspects they believe he now has it. Badly in need of help, he gathers a team of competent professionals who have fought beside him in Special Forces. More
Kyle Rieker returns home in time for a last look at his sister before she is buried. Officially she was murdered along with five other innocent people by a crazy. But Kyle learns she was executed by a professional. When a CIA operative tries to kill him, he knows he is also slated to die, likely for the same reasons his sister did.

The police and private investigators are powerless when confronting the CIA. Yet he must survive, find answers and act accordingly.

He turns to an unusual source for assistance. He collects a team of competent, seasoned professionals with whom he has fought in Special Forces, men who have routinely accomplished combat assignments considered impossible by some.

But there are those among the elite of Los Angeles who have their own plans and the CIA has theirs; a rag-time group of ex-soldiers is not considered a serious threat. Against such opposition, Kyle and every man on the team, knows that this time he may not make it.

You have subscribed to alerts for Bob McElwain.

You have been added to Bob McElwain's favorite list.

You can also sign-up to receive email notifications whenever Bob McElwain releases a new book.