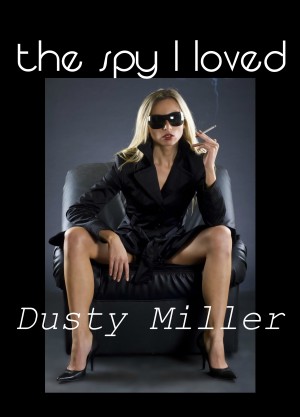 The Spy I Loved

By Dusty Miller
Rated 3.00/5 based on 1 reviews
It’s a calculated risk for the Canadian Security and Intelligence Service in the classic game of spy-versus-spy.

In a game where there are no rules, sometimes even no clear objectives, it’s a question of who gets there first—and who gets hurt. More
It’s a calculated risk for the Canadian Security and Intelligence Service in the classic game of spy-versus-spy.

Rogue C.I.A. agent Aubrey Herschel needs something to trade for immunity. More than anything, he wants to go home.

On Her Majesty’s Secret Service, heavyweight Liam Kimball has been brought in to search for the highly-classified EMERALD spy satellite, scattered all over northern Ontario.

Lindsey is working for the summer at Uncle Dale’s resort, The Pines, where a mysterious guest steals her heart without half trying. If only he wasn’t so good-looking—or such a bastard.

In a game where there are no rules, sometimes no clear objectives, it’s a question of who gets there first—and who gets hurt.

Constance ‘Dusty’ Miller has written fiction, non-fiction and worked for newspapers and magazines. She did a brief stint as sports editor of a small-town weekly. She likes to make people laugh as well as think. Her erotica has a strong sense of the dramatic. Out of work and recovering from a life-threatening illness, someone suggested writing erotica which she initially rejected for lack of confidence. But love makes the world go around, and Dusty can no longer deny its pull. Dusty squeezes a little writing time in between raising a daughter and building a home-based business.

The Spy I Loved is good – for a first draft


Lindsey is a nineteen-year-old who works for her Uncle Dale at The Pines fishing Lodge in cottage country in southern Ontario. Liam Kimball is a British agent searching for satellite debris in the area who books into the Lodge.

It’s not clear (at least to me) if the fallen satellite he’s looking for belongs to the Brits or the Canadians. It’s not clear why there’s a need for all cloak and dagger stuff considering the two countries are allies even if there are other more sinister parties that would like to find it.

This is considered a low-level assignment for Liam, a little work a lot of rest and recuperation. Seems Liam’s had a particularly hard time of it lately – torture, solitary confinement, murder, mayhem – you name it, Liam’s been in the middle of it, or more specifically on the losing end of it especially lately. There’s some consideration of retiring him.

Lindsey’s depressed with her dead end life and limited prospects for the future. She knows nothing about Liam’s clandestine career but finds him attractive.

As a reader I’m wondering how old Liam is if a nineteen year-old is attracted to him? Here again author Dusty Miller is vague about an important aspect, the age of her main character, though there’s some indication he’s twenty-seven. If that’s the case, our spy has done a lot of living in the few years since graduating from university and it would appear the career of a intelligence officer in the field is shorter than that of a professional hockey player.

Miller writes well but she’s sloppy. She’s got an interesting voice, but frequently I didn’t know who that voice was referring to. She’s good on details and the plot has a real sense of authenticity, but frequently she lets the details bog down the narrative. It’s like the author is saying, “see how much I know”.

Her characterization is good, especially of Lindsey, the female protagonist, but she spends too much time on minor characters at the expense of major ones.

Transitions between scenes are poor and often it takes many paragraphs to get up to speed.

There are too many scenes where Liam and his colleagues are reading dossiers. A better skilled author would have been able to convey this information through some sort of exciting action.

I get the feeling Miller may have rushed this into publication since it reads like a first draft. If she had beta readers or critique partners they fell down on the job, perhaps they had a conflict of interest – to close to the author. For sure, she didn’t have an editor.

During the course of writing a novel, author’s can’t help getting too close to their work. You can’t see for looking. You go right past the errors, the dropped words, the typos, you don’t realize the story’s ambiguous in some places, misleading in others, or just plain confusing.

Despite it’s flaws, The Spy I Loved, is still appealing. A little more craft, perhaps a bit more patience to seek out the opinion of others before publishing, and this book could have been good, instead of average.

You have subscribed to alerts for Dusty Miller.

You have been added to Dusty Miller's favorite list.

You can also sign-up to receive email notifications whenever Dusty Miller releases a new book.