Vita
G.H. "Hank" Harrison
-Hank Harrison is a writer and publisher with a deep
interest in Medieval History, the Celts, Neolithic
Archaeology, the Star Mounds, archaic astronomy,
hermetism and sacred geometry. He began writing
about human and animal psychology in graduate
school in 1962.
Since founding the Arkives Press in 1967, Hank
has been a frequent guest on hundreds of national andinternational television and radio shows,
including Catherin Cryer on Court TV, Geraldo
Rivera and Maury Povitch.

He has appeared across Canada on CBC Radio
highlighted by a historical appearance on the Jane
Hauten Show. He is featured several times each
year on American radio and television shows
including, Tom Likus, Allen Handelman and
numerous local shows.

In pursuit of his work he has appeared on
America's Most Wanted, Hard Copy, the National
Enquirer, American Journal, Inside Edition,
Unsolved Mysteries and A Current Affair and on similar radio and television talk shows in Europe. His entry in Who's Who in America and Who's Who in the World began with the 1976 edition.

Hank is featured in the controversial documentary film: Kurt & Courtney, by British film maker Nick Broomfield and in the well known educational documentary LSD:25.Both films were released on Video and DvD and shown on Showtime, HBO and over the BBC channels. Likewise he was featured in books such as Who Killed Kurt Cobain (1997) by Max Wallace and Queen of Noise (1996) by Melissa Rossi. In the early years of his career (1965-1976) he was mentioned in The Electric Kool-Aid Acid Test by Tom Wolfe and was featured in Time, Life, Newsweek and the New York Times for his pioneering work with Drug Abuse intervention programs.
Hank spent an idyllic childhood on Cannery Row and the beaches of Pacific Grove before relocating to the San Francisco Bay Area in 1949. He attended Hayward High School, the College of San Mateo, San Jose State and San Francisco State University. He has lived and taught in Canada, England, Holland and Ireland. IN England he studied at the Warburg Institute. While in Ireland he worked as a consultant for the Irish department of labor. He is the author of seven books, and over 200 magazine & journal articles.
-
Hank holds a degree in Psychology from San Francisco State University and has attended postgraduate classes in anthropology and various seminars at Stanford. He also studied urban cultural experiments at the University of Amsterdam and is privileged to have studied renaissance and medieval topics with the late Dame Frances Yates at the Warburg Institute, London.
In 1968 he was awarded a scholarship to the Rocky Mountain Writer's Conference. In 1974 he was writer in residence at Montalvo Center for the Arts, Saratoga, California and from there won a six month journalism residency in Las Vegas as feature Editor for the Las Vegas Sun. In 1984 he attended the prestigious Stanford Publications course on a grant from Applied Materials Corporation. The first two books of his trilogy on the social history of the Grateful Dead have exceeded 300,000 copies in sales worldwide and have been translated into Portuguese, (Brazil) German, French and Dutch. A mass market paperback was released in England. The long awaited Vol. 3 "Dead End" is in preparation. Mr. Harrison, who describes himself as a "very late bloomer," tends to work in series. Critics have praised his Grail Quarto as the most important work on the Holy Grail in the past thirty years.

--His critically acclaimed book, the Cauldron and the Grail, connects ancient religious rituals and the astronomy of Stonehenge and Newgrange to the myth of the Holy Grail. Vol. 2, Crown of Stars: The Grail in the Troubadour World will be released in the Fall of 2005. Vol. 3, The Grail in the Stones: is available on line in HTML form. Vol. 4. Ace of Cups, the Grail in the Tarot, is currently awaiting editorial and peer review. Three related short books entitled Over Avalon, Glastonbury's Sacred Landscape, The Stones of Ancient Ireland and Atlantis Rising, are scheduled for release in 2008-2010.

Raised and schooled in an alternative tradition in the Bay Area, Hank has been a frequent contributor to underground and alternative journals including the San Francisco Oracle, the Berkeley Barb, High Times, the Georgia Straight, Psychedylic Review, and the LA Free Press, usually donating his work gratis.
Between 1965 and 1968 Harrison was the founder and coordinator of the LSD-Rescue project, a pioneering effort to adapt crisis intervention techniques to drug and suicide counseling. In that capacity he was the first counselor to "officially" rescue anyone from a bad LSD experience on the telephone. In essence Harrison invented LSD crisis rescue. Many of his pioneering techniques are still in use today.
In 1976 he formed the Archives Press, changed to Arkives Press n 1995. Begun as a self-publishing effort; the company has since grown and acquired many properties and two imprints. In 1996 the website became www.arkives.com to distinguish it from all others and to assure a permanent place on the world wide web-
In its present configuration Arkives Press has produced several books by a number of authors on a variety of topics including Horsemanship, Irish History, Celtic Archaeology and Natural Cooking. Arkives Press is NOT a vanity press and has been listed in Literary Market Place (LMP) since 1987.
As an editor emeritus of Doctor Dobb's Journal, a pioneering computer magazine, and as technical writer and staff writer for InfoWorld and A Plus magazines, Harrison is considered a leading expert on alternative and Internet publishing. The books listed on his accompanying web site are among the first true e-books to be distributed.
Harrison is also a qualified expert witness in areas as diverse as ritual homicides and domain name and computer software litigation and has testified in several cases involving drug abuse and suicide related issues. He supports the medicinal use of marijuana and is on record as an advocate for the legalization hemp and hemp production, but stands against the legalization of hard drugs. In 1968 He testified before the House Committee on Drug Abuse issues and the California State Senate committee on drug related issues for which he received a gubernatorial commendation. In 1994 he began to correspond with president Clinton and has received letters and e-mail's from him.
Between 1982 and 1998 he wrote the Stones of Ancient Ireland, a field guide to Irish Archaeology. This book has been well received and has over 200 never seen photos and maps to Irish Neolithic and Bronze Age sites. He plans a series in this format extending the concept to Ancient France, Spain, England, Scotland and Wales.
Beekeeper and its sequel Hamburger Zen, are full length novels. Glass Country, his first full length poetry collection, will appear in the Fall of 2001.
Harrison's satirical article on Skana the captive whale (Vancouver Magazine May 1974) was the first popular article to point out the trauma caused to whales in captivity and served as one inspirational source for project Greenpeace and the Free Willy series of motion pictures. In this capacity he assisted in the successful arrival of the first Greenpeace anti-whaling crew in San Francisco in 1975.
Mr. Harrison's eulogy for Kurt Cobain, his late son-in-law titled, Kurt Cobain: Beyond Nirvana is greatly anticipated. The full first edition will be available in the Fall of 2000. The anticipated first print run should exceed 5,000 copies in hardback with a trade paper printing of 25,000. A preview version CD is available at the Arkives Web Site and through e-Bay. The Cobain book, began upon the birth of Harrison's granddaughter, Frances Bean Cobain, in 1992. It is written in a lucid prose style reminiscent of the beat writers of the 1950s and sheds an objective light on suicide and other problems of Cobain's generation.
-
Left: With Courtney Age 14, 1979
This suppressed book includes details of his tough-love life with his daughter Courtney Love-Cobain. To obtain a signed copy on CD send $17.00 Plus $5 S&H to the address below or send credit card information and the cost will be billed through PayPal.
Hank donates to United Animal Nations and various equine, feline and canine rescue charities and has rescued dozens of animals over the years. His personal activities include: book collecting, scuba diving, ranching and computer web site development. To contact him send e-mail to:
hank@hankharrison.com
or write:
Harrison Publications
Box 46
Wilton, Ca. 95693 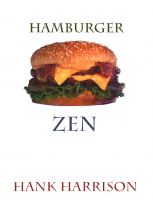 Reviews of Crown of Stars by Hank Harrison

You have subscribed to alerts for Hank Harrison.

You have been added to Hank Harrison's favorite list.

You can also sign-up to receive email notifications whenever Hank Harrison releases a new book.