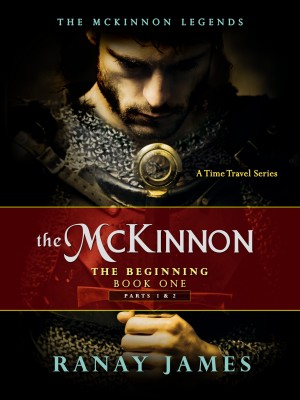 The McKinnon The Beginning: Book 1 Parts 1 & 2 The McKinnon Legends (A Time Travel Series)

By Ranay James
Rated 5.00/5 based on 1 reviews
“You think you are in control of your life?” Fate asks as she looks down upon this earth. “If so, I advise you to think again…”
No matter one’s station in life Fate mocks us all. None are exempt—a lesson one of King Henry’s favorite knights is about to learn… The hard way. More
“Nic, my friend, you think Fate’s a witch? Just wait until you meet her sister Destiny.” ~ Connor Holden, Earl of Featherstone.

Every story has a beginning often driven by fate. The McKinnon Legends are no exception.
Ranay James presents the best selling series-starter The McKinnon The Beginning: Book 1
(Parts 1 and 2 combined).

Not your typical knight-in-shining-armor-rescues-damsel-in-distress-story, The McKinnon The Beginning (Parts 1 and 2) sets the reader on a journey of deep love, treachery, and mystery of the way time and space collide with characters that are believable.

Part 1:
It is the year of our Lord 1493, and King Henry VII has been seated on the English throne for eight years. He did not get there by chance alone. Nor has he stayed there with ease. He has his favorites, generously rewarding those who serve him well. Sir Nic McKinnon is at the top of that list.
For his faithful devotion, Nic finds himself graciously rewarded. That reward is the hand in marriage to the seventh Duchess of Seabridge. The only issue is Nic isn’t interested in the bounty, and taking a wife is certainly not in his plans. However, he understands that seeming ungrateful to Henry for his gift or disobeying a king’s command is never wise. Nic reluctantly agrees to marry. Living with his duchess was not one of Henry’s stipulations.
To that end, Nic’s plan is to marry the young duchess, and then leave her to her own designs. That is until he finds that she is in danger, so much so that she is fleeing for her very life. Nic is sworn to protect the king’s subjects who cannot protect themselves, but more than that, no one threatens what belongs to a McKinnon. She belongs to him by the king’s decree. The question now is not whether he marry her and leave her behind—the question is much more clear: can he keep her alive?

Part 2:
The stage is set for the battle to secure Morgan’s birthright: the rich and lavishly appointed Seabridge Castle. Currently the prosperous dukedom is in the hands of the lecherous Lord Brentwood who seized control after Morgan’s family was killed in a fatal fire.
Nic must fight to regain what Brentwood never had the right to possess. Will he succeed? Or will true evil prevail? There can be only one victor.

This love affair sets the foundation for a strong and solid family legacy that spans centuries in an eight-volume series, which is certain to take you away. Join them on their journey of growth as they ultimately evolve into the McKinnon Legends.

Ranay James moved to a small farm in East Texas, along with her husband and two dogs after walking away from the fast paced corporate life in 2012.

Ranay graduated from college majoring in accounting and finance with a minor in business management and law. Becoming a romance writer seems a most unlikely path for a woman who spent most of her career managing people and operational practices within the corporate environment.

It all began in 2004 on New Year's Day. Having made a list of things that she wanted to accomplish for the year, she added some items to that list that would push her skill set and take her out of her comfort zone. Writing a novel was one of those items. Later that day, Ranay sat down at her computer. Looking at that blank word document, she simply wrote the first thing that came into her mind.

"What were you thinking?" she wrote, remembering the line from a dream she had in a hotel room in Houston, Texas in 2002. Several chapters in, Ranay found her voice as the story began to form. It came from a place that she never knew existed. Ranay began to write that day in 2004 and simply never stopped.

Eleven years later, with twelve published works to her name, and nine more completed awaiting publication, Ranay has found a new passion - the love of storytelling and sharing her characters with the world.

About the Series: The McKinnon Legends A Time Travel Series 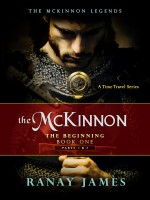 Not your typical knight-in-shining-armor-rescues-damsel-in-distress-story, The McKinnon Legends set the reader on a journey of deep love, treachery, and mystery of the way time and space collide with characters that are believable.

This love affair sets the foundation for a strong and solid family legacy that spans centuries in a ten-volume series, which is certain to take you away. Join them on their journey of growth as they ultimately evolve into the McKinnon Legends.

Also in Series: The McKinnon Legends A Time Travel Series 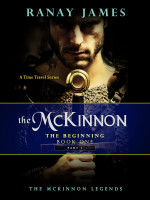 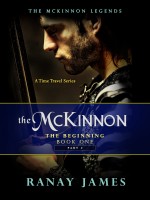 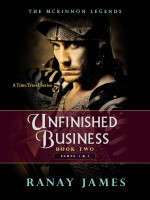 Before reading this book I did not read much as nothing seemed to keep me into the story line. I have read this book more than once and still have to force myself to put it down Well after midnight and go to bed...... This is a must read! Cant wait for the rest of the series.....

You have subscribed to alerts for Ranay James.

You have been added to Ranay James's favorite list.

You can also sign-up to receive email notifications whenever Ranay James releases a new book.