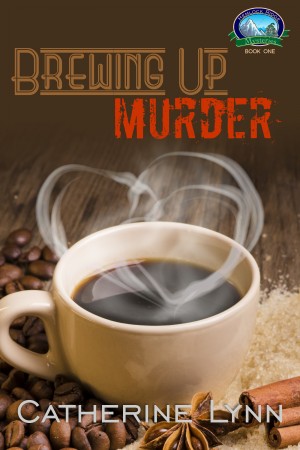 This tale of romance and mystery finds Joanie trying to deal with her feelings for Jason and her suspicions of who committed the only murder that’s ever happened in this small town. Will she get over Jason…or get him back? Will she figure out who the killer is, or will she be accused of the murder? Find out in this first novella in the Hemlock Ridge Mysteries series.
Available ebook formats: epub mobi pdf rtf lrf pdb txt html
First 25% Sample: epub mobi (Kindle) lrf more Online Reader
pdb
Price: $0.99 USD
Buy Add to Library Give as a Gift
How gifting works
Create Widget
Tags: romance murder mystery coffee shop hemlock ridge
About Catherine Lynn

Catherine Lynn is an author of sweet romances and mysteries. She’s been married to the same wonderful man for many years, has two grown sons, and lives in southeastern Tennessee. Church and family are very important in her life. Her hobbies include reading, playing computer games, and enjoying time with family and friends. She also enjoys a good cup of coffee in the mornings.

About the Series: Hemlock Ridge Mysteries

Murder and romance in the little town of Hemlock Ridge.

Reviews of Brewing Up Murder by Catherine Lynn

Starting up a business is never easy. It’s even more difficult when a body is found at the back dumpster on the opening week.

Joanie Chandler knew she’d have her work cut out for her. She had no idea that work would involve trying to keep her name clear of murder, dealing with an ‘it’s my way or no way’ Mayor, and working out who the woman was who was killed. While doing all of this, she has to deal with the high school queen bee that never seemed to get over herself, or realise that adults don’t play silly one-upmanship games. And, of course, run a business!

Brewing Up Murder is a quick read romantic mystery, but as there are many suspects, the reader is left guessing. Catherine Lynn, very cleverly, gives clues throughout the book. However, these clues are mixed with red herrings so don’t think “I know who it is” too early, because there are a lot of little things that happen that change the suspect spotlight. The romance side of the book is weaved in brilliantly. Jason is dating Courtney - the high school queen bee - and though he is attracted to Joanie, he is torn between his feelings for her and his relationship with Courtney. Joanie was always in love with Jason but kept it to herself as she never wanted to ruin the friendship they had.

For the price, Brewing Up Murder is a great investment and I look forward to the next books in the series. I’d recommend it for fans of romance and mystery.

***I want to highlight that this book is NOT a cliff-hanger nor is it a serial. Brewing Up Murder is a standalone novella.

You have subscribed to alerts for Catherine Lynn.

You have been added to Catherine Lynn's favorite list.

You can also sign-up to receive email notifications whenever Catherine Lynn releases a new book.