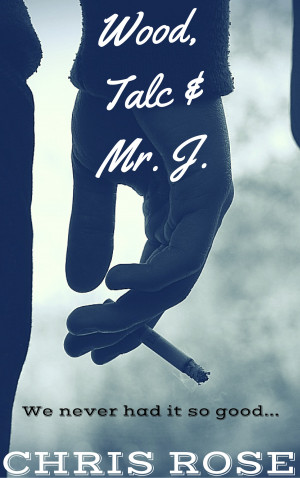 1978. The North. Phillip sees life in a simplistic if passionate way.

When not doing his ‘thing’ in Wigan’s Casino Club – voted The World's Greatest Disco by Billboard Magazine – he longs for the weekend, or a greater, permanent escape from the daily grind of factory life in an industrial town.

Dancehall adventures via train-rides to Heaven, set against the birth of Scargill-Thatcher feuding... More
Wood, Talc and Mr. J – We never had it so good…

It’s a time of great social and political upheaval – industrial disputes and bullying unions, racial discord and the National Front. 1978, it’s a Britain on the brink. It’s also a Britain of definite youth cultures, when the wrong attire on the wrong street might equal a beating for your blunder, often regardless of your football allegiance…

A look back. Without the rose-tinted spectacles, but with hindsight and humour, and with poignancy and affection.

Phillip sees life in a simplistic if passionate way: up or down, us and them, black, white and nothing in-between. When not doing his ‘thing’ in Wigan’s Casino Club – voted ‘The Greatest Disco in the World’ by Billboard Magazine – Phillip hates the world. Or at least he thinks he does. He longs for the weekend, or a greater, permanent escape from the daily grind of factory life in an industrial town.

With a little imagination, he might realise things midweek aren’t that bad: there’s the loving family, the secure job amid mass unemployment, a relationship with the perfect young woman… Or maybe he realises too late. And all he’d deemed important was only ever an illusion, his reflected image included.

Coming full circle by way of loss and more loss, you would hope lessons are learned…

The book progresses through myriad dream sequences, interwoven song-themes, a father’s philosophical ramblings, ever blackening wit, leitmotif – or seemingly recurring scenes; is someone laughing at our hero? And Phillip’s own, lyrical, strut-like, black or white manner.

Dancehall adventures via train rides to Heaven, scooter cruising almost coast to coast. Beneath the pier encounters with the opposite sex, et al… set against the birth of Scargill and Thatcher feuding…

Born and bred in the city of steel: Sheffield.

Spent - or misspent, whichever your viewpoint - the majority of his 'young' years on the Northern Soul circuit. It's around this time and place that his novel is set - 'Wood, Talc and Mr. J: We never had it so good...'

His academic education came much later, from scratch, in a sense.

In time, he fell in love with the idea of languages, French in particular, and went on to get a BA Hons in French Language and Literature with subsidiary Spanish, at The University of Sheffield. He was a 'mature student', though maybe not as mature as he would like to think, looking back...

After which, he moved down south - mid 90s - and eventually further still to the South of France for a few years, where he taught English. He then moved up to northern France to do much the same thing.

But it was here where he also began to write, or experiment with writing.

He came back to England in the mid-00s and lived in North London for five years, teaching and writing again.

And for the last so many years, he's lived in Norwich, where he's completed a Masters in Literary Translation, at the UEA - he likes to believe he's most definitely mature now!

He's now working his way toward making a living by writing, with a little translation on the side...

He tends to be picky about books, and take his time reading them; he expects each word to count; something he can go back to, read again - and again. Things witty, satirical, poetic... Moving. Favourite writers of late? Maybe Markas Zusak. Anna Funder, her 'All That I Am'. Actually, he's only just discovered Kurt Vonnegut, and read 'The Slaughterhouse Five'. All that being said, he is a bit of a Conan-Doyle fanatic...

Soulful writers, and their soulful things. And maybe he tries to emulate them.

Same goes for his taste in films, music... and people.

About the Series: The Rowlings Years... 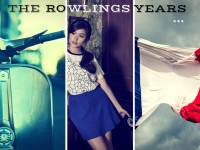 There'll be love and happiness, hate and sadness; jealousy, anger; sexual thrills and excitement; there’ll be gain, there’ll be loss, and on, and on…

Themes eternal, in other words. Life.

And if you love a bit of comedy in with your tragedy, books that make you think and laugh at the same time – and very British! – then these are books for you. Sorry, though, no vampires, nothing paranormal, vulgar or too tweety, happy-every-after tweety…

Also in Series: The Rowlings Years...

You have subscribed to alerts for Chris Rose.

You have been added to Chris Rose's favorite list.

You can also sign-up to receive email notifications whenever Chris Rose releases a new book.