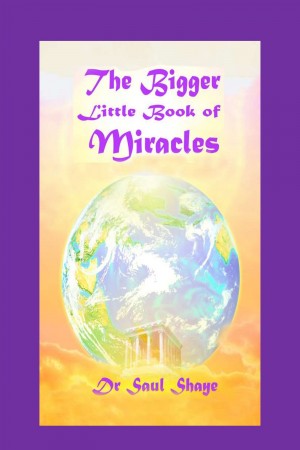 The Bigger Little Book of Miracles

Healer and author, Dr. Saul Shaye performs healing in person and via long-distance for professional athletes--he has worked on over 70 professional football players and coaches, as well as Major League Baseball players. Dr. Shaye also works with interested individuals as well as their pets.

America ’s Healer Dr. Saul Shaye is an all-together uniquely gifted individual. He has lectured over 500 times in the USA and in 7 foreign countries. He has treated thousands worldwide in addition to numerous pro-athletes, their coaches, and families. There are hundreds of healing miracles documented to date as a result of Dr. Shaye’s healing gift, and he always gives the glory to God. Half of the healings Dr. Shaye has performed has been over the phone, as distance doesn't matter. He has done long-distance healing sessions as far away as Thailand.

After surviving a near fatal motorcycle accident at age 20, Dr. Saul Shaye's life took an abrupt turn. He left his home in Brooklyn , New York , and moved to Monroe , Louisiana , where he earned his undergraduate degree and worked on his Masters in vertebrate zoology at Northeast Louisiana University.

In 1973, while Dr. Shaye was working on his doctorate in chiropractic in Iowa , he attended a workshop on psychic diagnosis, intent on disproving the technique. After attending the workshop, Dr. Shaye found to his surprise that he, too, could read and diagnose by sensing energy fields. This led him to read the Edgar Cayce Book, "There Is A River," at which time he became convinced of the existence of spirit. Spiritual matters then became the most important part of his life and his knowledge of reading energy fields has grown with the years. In 1980, through dreams and inner guidance, he discovered that he was a conduit for Spirit to work through, sending healing without physical contact. He has learned from spiritual sensitives that he is channeling a form of spiritual energy which is seen by some psychics as a golden light flowing from his hands and surrounding the patient's body during diagnosis and treatment. The energy affects the etheric body, which transforms and heals the physical body. He has been able to send healing to help people and animals with a host of different symptoms and ailments.

Dreams have also played a major part in the unfolding of Dr. Shaye's spiritual abilities. He has recorded over 16,000 of his dreams since 1975. Dreams have shown him how to manipulate energy fields in several different ways, with each new step appearing when he was ready to receive it.

Dr. Saul Shaye has written articles on healing, health, and dreams and has been an avid sports participant in track, weight lifting, body building and karate. He is a popular keynote speaker. Beginning in January 2015, Dr. Shaye will be once again accepting speaking engagements and doing private healing sessions at New Thought churches (he has spoken at 300 different New Thought churches since 1990) and other interested organizations and churches.

Over 45,000 paper copies of Dr. Shaye's "The Little Book of Miracles" have been distributed worldwide. 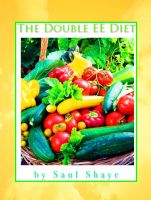 This is a stunning, one-of-a-kind record of an individual's life commitment to healing work for others. Dr. Saul Shaye is the real deal. Oprah, CNN, and all news outlets should be knocking on his door. Dr. Shaye is a spiritual servant and metaphysical great whose time has come. Inspiration for the dejected, sick, and lonely. Injured professional athletes must read.

You have subscribed to alerts for Dr. Saul Shaye.

You have been added to Dr. Saul Shaye's favorite list.

You can also sign-up to receive email notifications whenever Dr. Saul Shaye releases a new book.