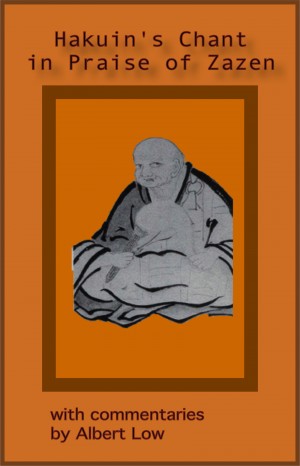 Hakuin’s Chant in Praise of Zazen

By Albert Low
Hakuin Zenji is one of Japan’s most celebrated Zen masters. Tradition tells us that he single-handedly revived Rinzai Zen in Japan. He was an artist, calligrapher and writer, as well as being a Zen master. He said that writing is verbal prajna and his writings are vigorous, courageous, and always to the point. The Chant in Praise of Zazen, Zazen Wasan, is justifiably one of his best-known works.

Review
William Johnson reviewed on May 10, 2013
(no rating)
A very useful book for beginners and advanced practioners alike. It takes you right back to the basics of the practice and, that which is truly important to keep in mind as we pursue the discovery of that which was and has always been with us the entire way.