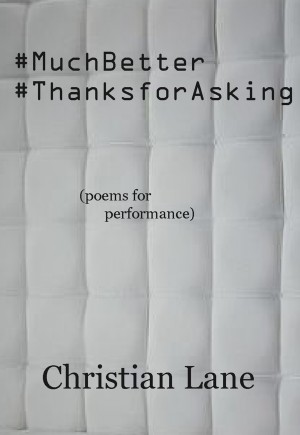 Christian Lane makes things: music, books, websites and business plans. He has a diverse background in the arts, science and business. He grew up as an award-winning classical & jazz trombonist and organic farmer with an early opportunity to implement Integrated Pest Management. He earned a BS in audio engineering from the State University of New York. His work entailed discovery in several capacities medical reference lab informatics, satellite television analog-to-digital technology transitions, studio recording and large-scale sound system automation. He pursued an MBA at the University of Utah and became more interested in process and form. He supported the arts as a performer and benefactor, growing with the culture around him. He grew with the Internet as a self-taught web designer. He’s published a few books and has developed a rich involvement in the arts as a benefactor and spoken word artist, once performing for the NAACP in an amphitheatre.

You have subscribed to alerts for Christian Lane.

You have been added to Christian Lane's favorite list.

You can also sign-up to receive email notifications whenever Christian Lane releases a new book.